Everybody knows that trade posts do not usually yield a high amount of views or comments but I feel that they are very necessary for my blogging.  I like to personally thank my trade partners with an email letting them know I got my package and I also like to shoot up a trade post so I can let everybody else know that there are incredibly generous collectors all over the world.  I didn't trade much during the baseball season this year but I'm slowly getting back into the swing of things.  I think from here on I will be featuring several different trades in one trade post.  So here is a quick recap of the last 5 deals that I've made: 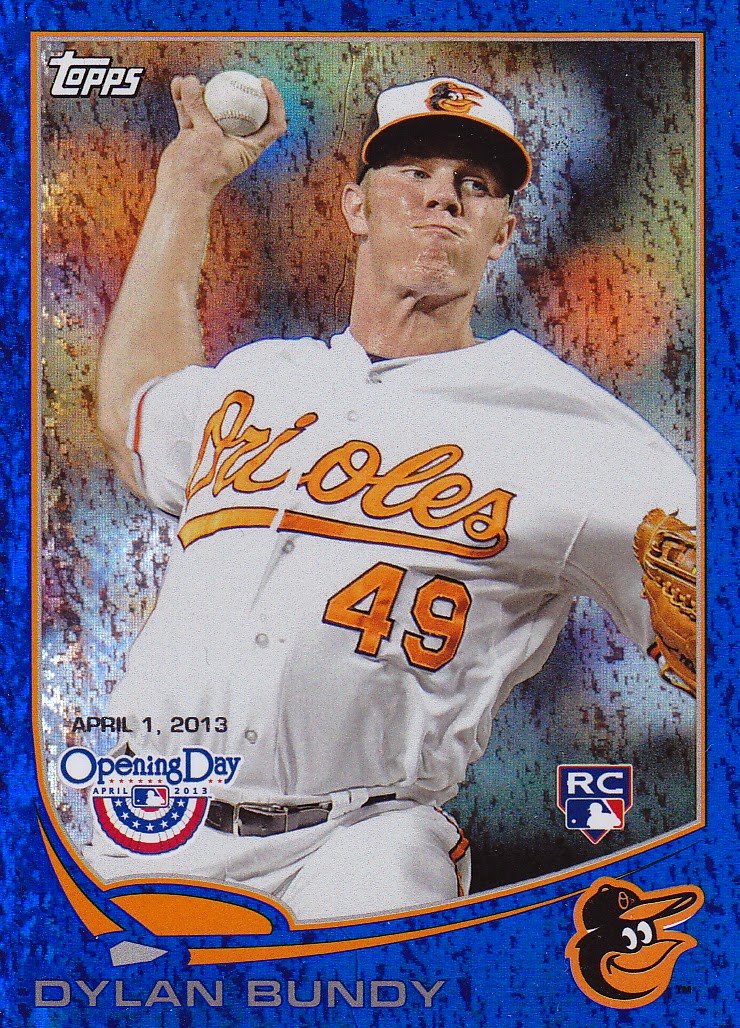 This blue sparkly Dylan Bundy came to me from Night Owl.  We've traded at least once a year over the the last few and he always comes up with quality cards I can add to my collection.  The only problem with this card is the picture itself.  I hope Dylan makes an appearance with the Orioles this season so that Topps has another picture to make cards out of.  I'm sick of seeing the same photo on all his cards. 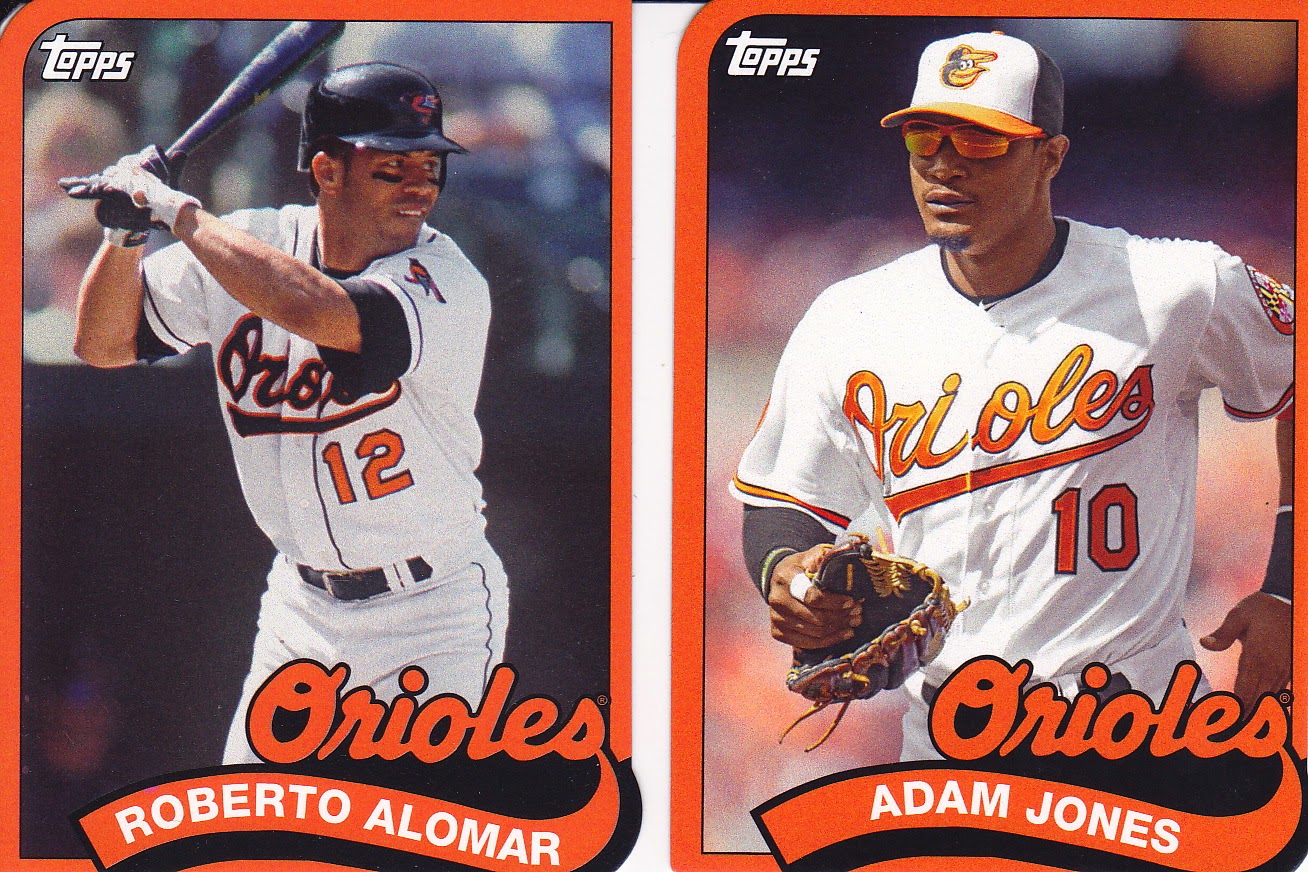 Night Owl also sent along these 2 '89 diecut minis for my team set.  My scanner decides to trim the edges of these cards making them into regular rectangles.  I actually wish they were rectangles with the original white borders instead of diecuts but I'm not making the decisions at Topps on how to make cards. 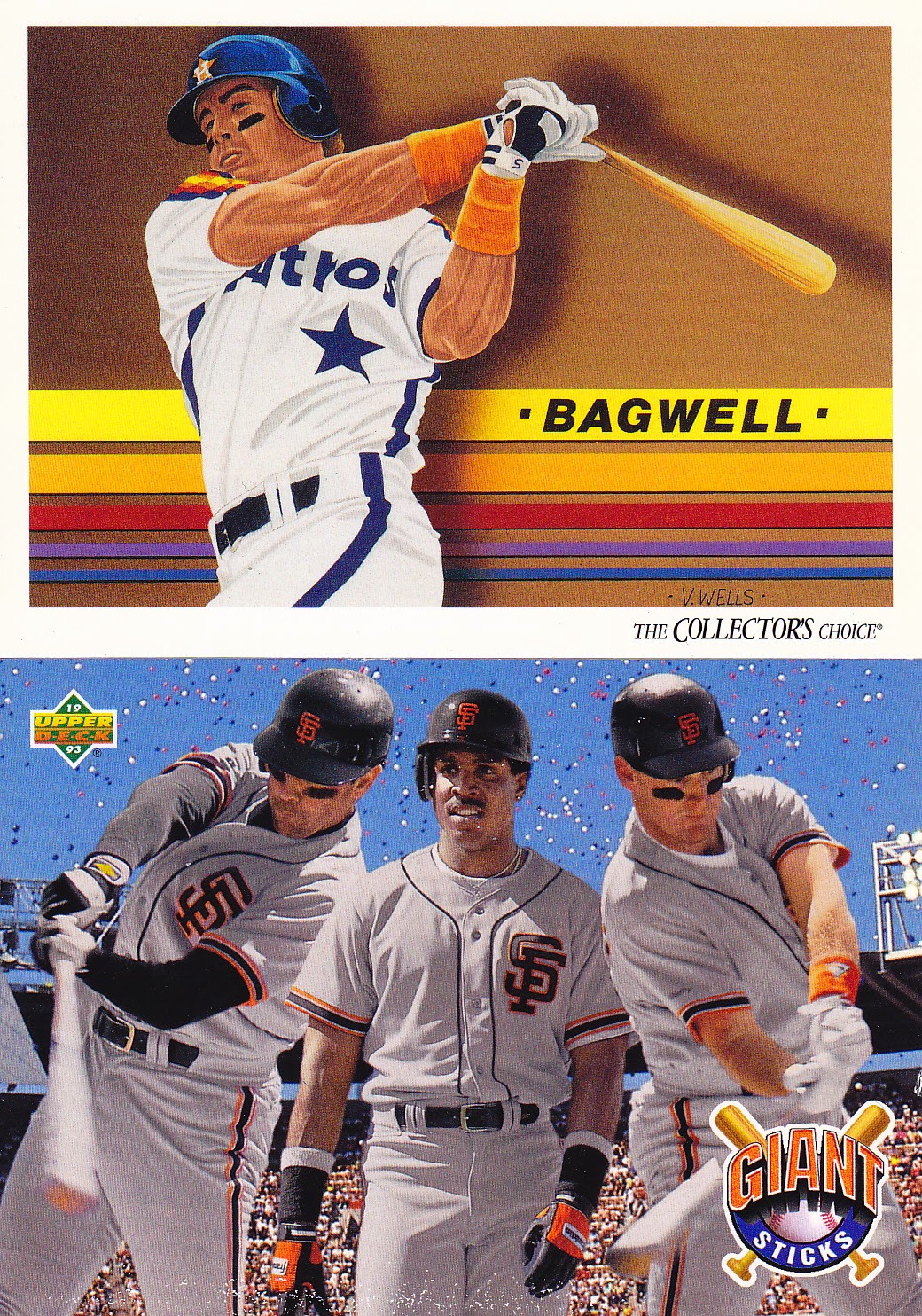 These 1993 Upper Deck cards came to me from a relatively new blogger by the name of Jimmy who runs the S.Mack Talk blog.  He's still finding his footing here in blogger land so go on over and check out his blog.  Yes I'm building the 1993 Upper Deck set.  In my opinion its Upper Deck's best base set and I'm using the cards for a future project. 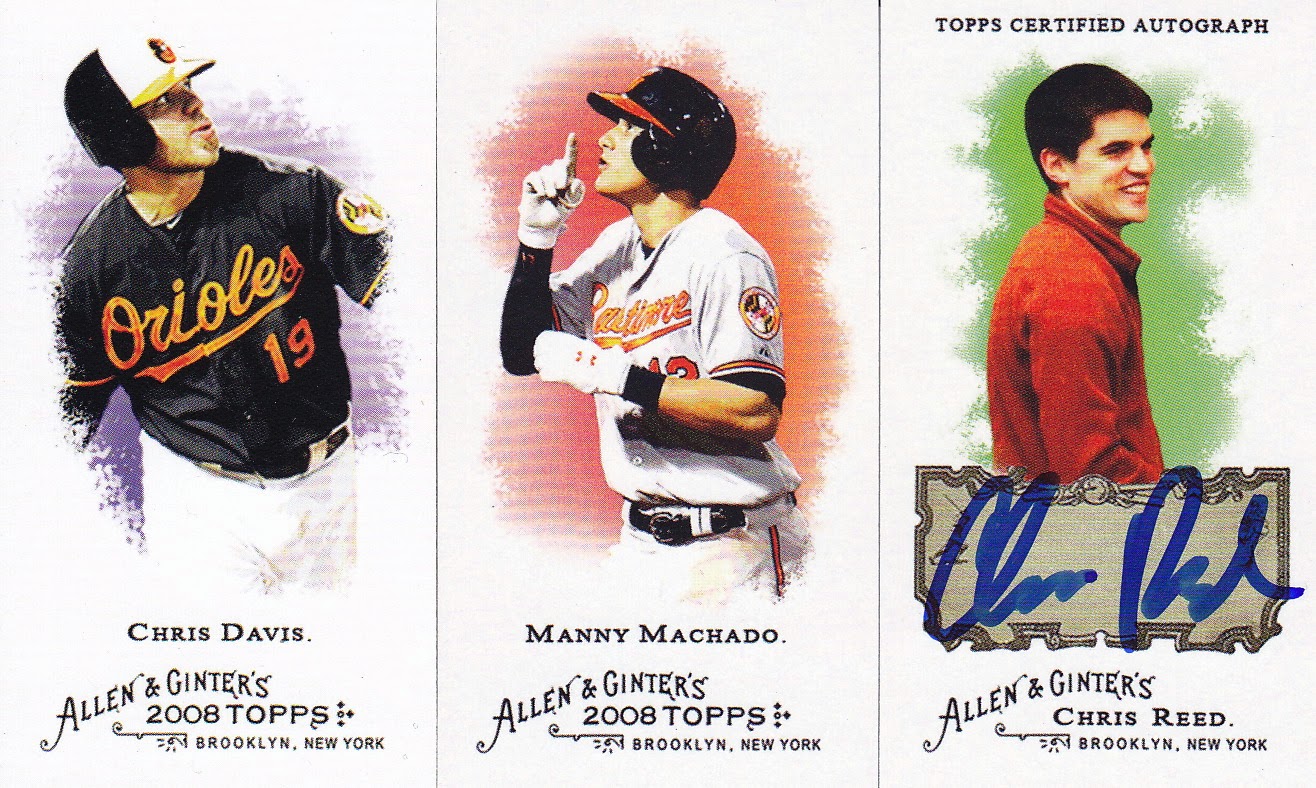 If you read blogs you probably know where these minis came from.  Nachos Grande, the Allen & Ginter and Legos wizard made these awesome custom mini Ginters and included them in the package. I think these might be 1/1s since I'm not sure if he has sent a Manny or Crush out to anyone else. 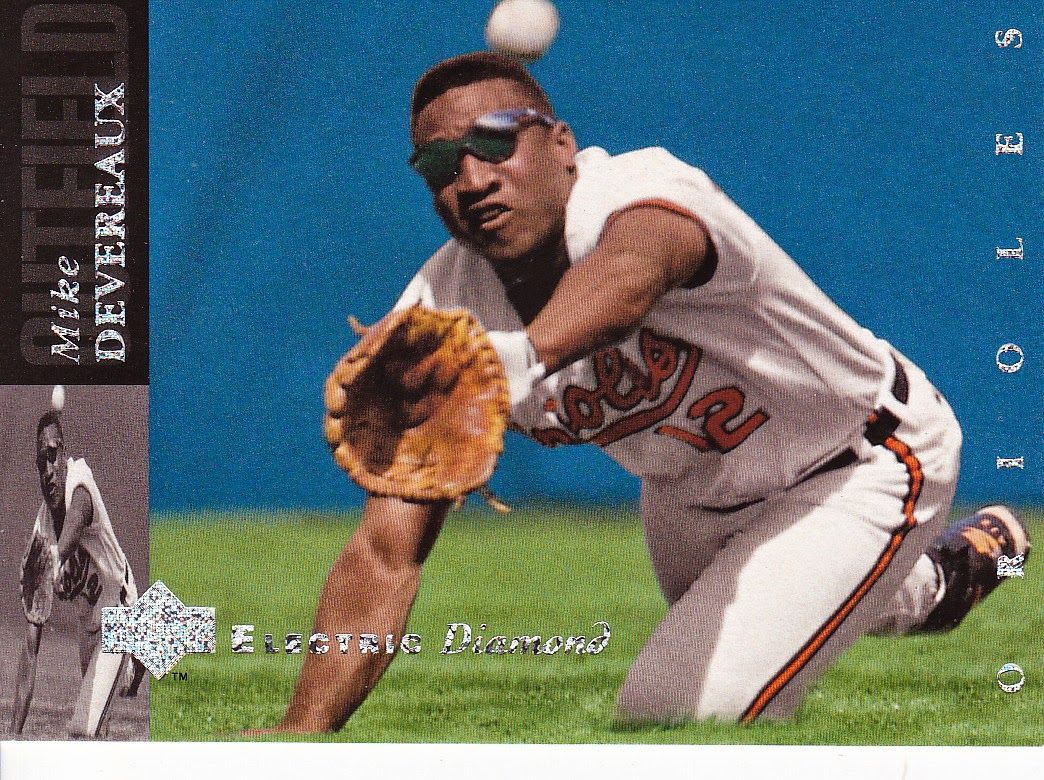 Chris also included this Electric Diamond parallel from the 1994 Upper Deck set of Mike Devereaux.  1994 UD is such a let down from '93's effort but this card stands out for awesome photography.  I'm really thinking about sending this card out to Mike to see if I can get it autographed. 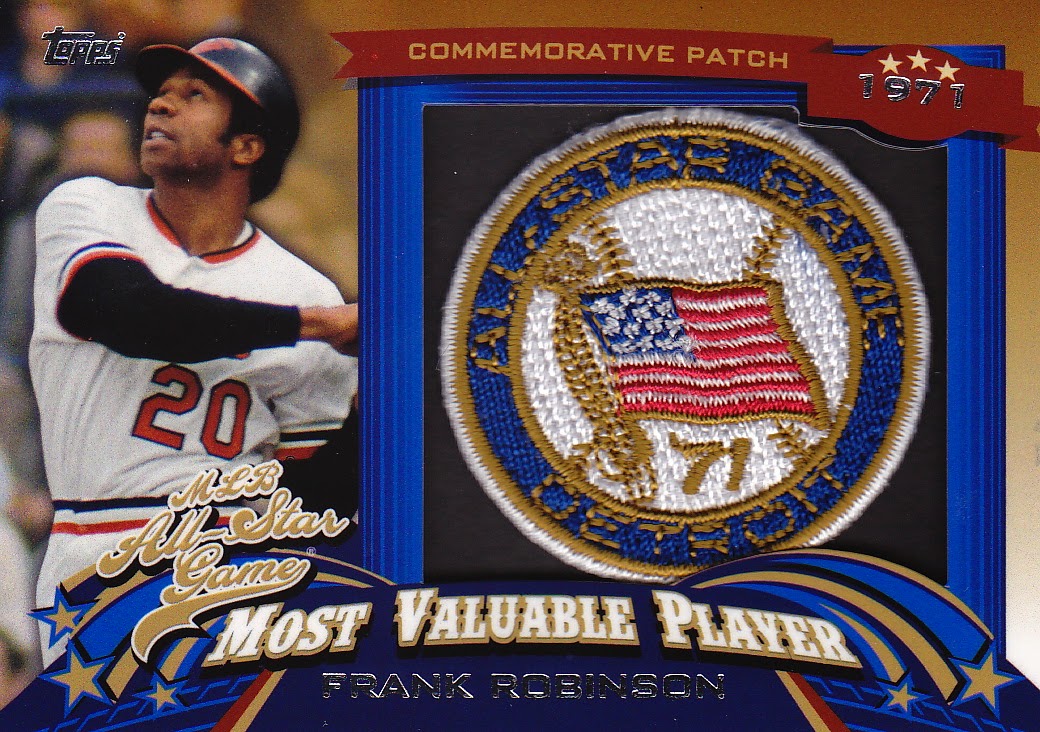 This Frank Robinson manu-relic comes to me from a guy named David Gao.  I don't think he has a blog but he was interested in some of my Cardinals tradebait.  I don't immediately recall what I sent him in return but I'm happy to have this card for my collection.  I'm not the biggest Frank collector around and I still hold a bit of a grudge since he kinda ruined my National experience a few years back by having everybody who bought tickets stand in line for half the damn day.  I coulda been roaming the show floor but instead was stuck in line because my ticket had already been scanned and I was told if I left the line, I wouldn't be allowed to return without buying another ticket.  I know its kind of a silly reason to hold a grudge but I'm an imperfect person. 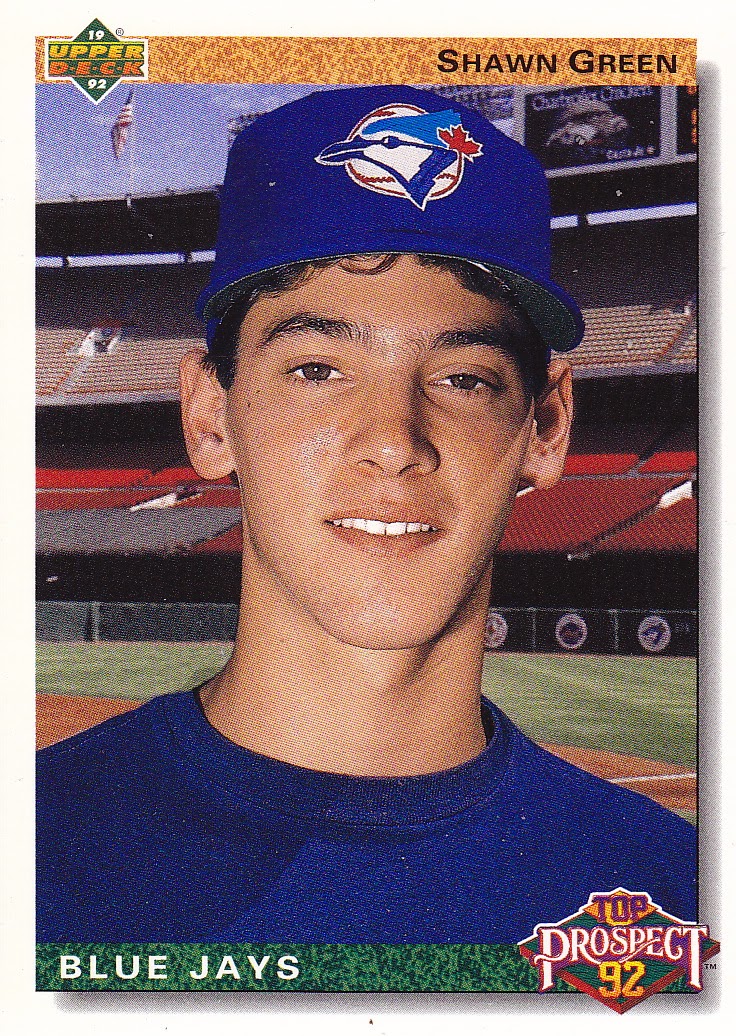 Thi cards was send to me by a guy by the name of John.  I don't think that he has a blog either but he did have a Zistle page that I was able to pick out some 2014 Topps cards as well ans this Shawn Green Rookie card.  The last card I'm going to show off is a Blue Jays card?  Yeah, it's for my somewhat unnannounced-but-you-can-find-the-wantlist-here-on-my-blog project.  I'm going back through the years collecting rookie cards of all the "big name" players.  I guess you can call it my personal fan favorite rookie card collection.  I plan on making a full post about all of my PC's in the near future so stay tuned for that.

Thanks again to Night Owl, Nachos Grande, Jimmy, David and John for trading with me.
Posted by Ryan H at 8:04 PM