Trade with Jack the Baseball Dad

A quick post of thanks to Jack the Baseball Dad for sending over a few Orioles cards.  I'm running around packing up the house and working extra shifts at work so there isn't much free time lately. 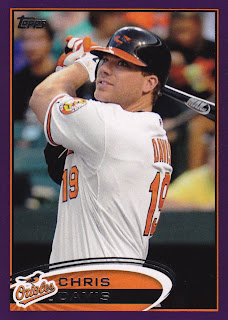 Jack seems to have a penchant for pulling purple bordered parallels from Toys R Us.  He sent me an Adam Jones earlier this spring.  So far this season, Chris Davis has been playing great and showing the power and on-base ability that he had in the minor leagues.  Hopefully he's got it figured out and will be a fixture at first for the O's for years to come. 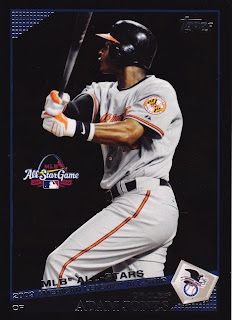 Another Topps parallel from 2009 Topps Update.  I think this is the exact swing that Adam Jones made to break the tie in the All-Star game that year and ended up being the game winner. 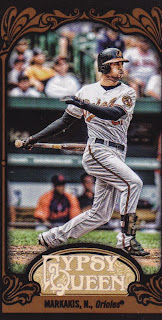 I stashed this card down at the bottom since everybody's seen enough Gypsy Queen to make their eyes bleed.  If you're a loyal reader and made it this far, thanks for reading!  This is the initial card that started Jack and I's trade.  It's too bad that the scanner cut of the right side though, it really is a sweet mini!

Thanks again Jack, I really enjoyed the cards!
Posted by Ryan H at 4:58 PM