Trade with Michael of Sports Syzygy

I recently completed a trade with Michael of the Boston-centric Sports Syzygy blog.  Michael hooked me up with a nice pile of Orioles cards that fit well into my collections and it's a shame I can't show them all here. 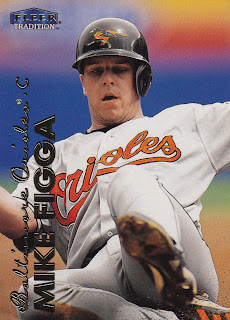 Mike Figga played a bulk of his MLB career as an Oriole (41 of 46 games).  He spent all of his minor league career as a Yankee and had a few (bathroom cup sized) cups of coffee with them in the majors.  He was selected off of waivers halfway thru the 1999 season by the Orioles and played out the rest of the season with them hitting his only ML homer. 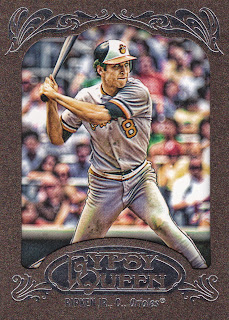 This is definitely my favorite Iron Man card from the package because it's Gypsy Queen and it's a framed paper card. 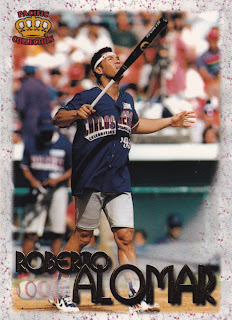 There was a good selection of Roberto Alomar cards in the package too and this is the most unique of them all.  Apparently the picture taken on this card was done during Carlos Baerga's celebrity softball game.  I can honestly say this is the only card that I have of MLB players playing softball. 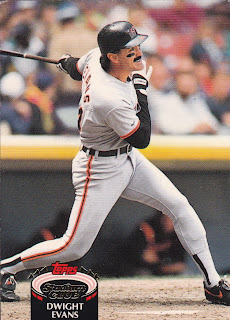 There were also another big chunk of cards of Dwight Evans in the package.  I could figure out why unitl I remembered that he played all of his career except for his last in Boston.  He had a decent season for the birds and retired after the season. 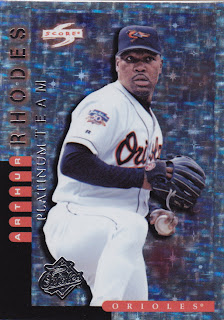 Another favorite from the package is a Platinum Team paralell of Arthur Rhodes from Score.  I don't know if Arthur will get another shot to play MLB again but he definitely had a great career.  It would be cool to see him pitch in Baltimore to finish out his career though. 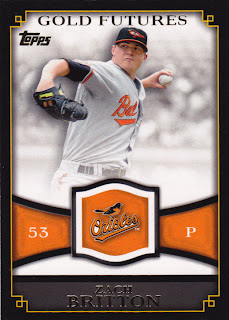 Last but not least, a Zach Britton insert from Series 1.  It seems like a million years ago when series 1 came out!  I've been hearing encouraging news about Zach that he's finally throwing again without pain in his shoulder.  Not that the Orioles need starting pitching right now but inevitably they will towards the end of the year.  I hope Britton's rehab goes well and ends up back in Baltimore before the season is done.

So, thanks Michael for the awesome package of cards and I hope we can trade again some time.
Posted by Ryan H at 1:51 PM