Here's the last and favorite of my Christmas gifts.  It's hard to believe Christmas was 2 weeks ago today!  This gift came courtesy of my mother and father in laws.  They did good, real good!

I'm a fan of Bowman and all of the prospects that come out of the product.  I like to keep my eye on the future of MLB players.  Sure there could be some tweaking of the entire lineup of Bowman products but I still like it enough to keep collecting it.  I'm not really sure why Topps made Bowman Draft picks a hobby only product this year.  It always seemed to sell pretty well at retail as far as I can tell.

Without further ado, lets see what I got from the box: 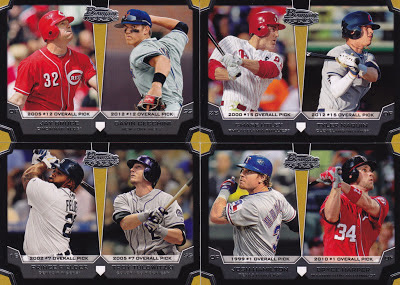 Here's one of the 2 insert sets available.  The other being Bowman's Best.  These seem like a Timeless Talents/Legendary Lineage ripoff from Topps flagship.  Some of the player pairings are somewhat strange.  Utley/Naquin, Bruce/Cecchini, and Fielder/Tulowitzki seemingly have not much in common.  I didn't bother to read the backs so I'm sure there's some connection.  I understand the Hamilton/Harper card since they were both #1 overall picks with skills off the charts. 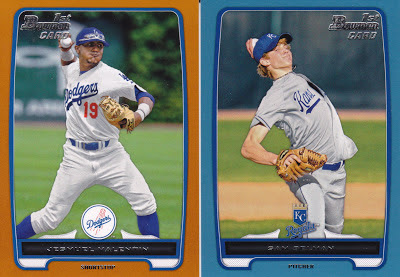 Here's the 2 regular standard Orange and Blue bordered cards from the prospects set.  Never heard of either of these fellows but you never know what they could turn out to be in a few years. 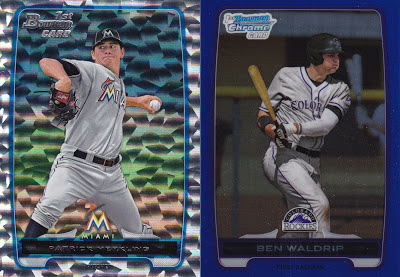 I'm a fan of the Ice parallels from this year's Bowman products.  It's hard to tell from the scan but they even have a refractor-y shine to them too.  The blue refractor of the Rockies farmhand might be the worst photoshop job ever. 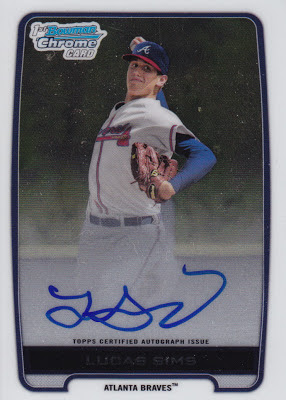 I got my promised autograph in the first pack I opened from the box.  Talk about breaking the suspense early on.  I've had this happen a few times over the last few boxes I've broken down if I remember correctly.  Lucas Sims seems like a decent enough autograph to get from the product.  I already own a USA autograph of his from a few years back, but it was a band-aid stickergraph.  I think this box should have ended up in a Braves' collector's hands and you'll see why a little later on. 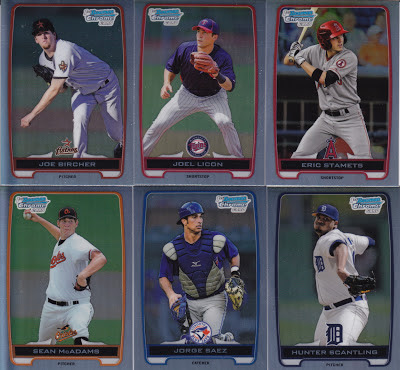 The box produced it's 6 promised refractors.  I couldn't be happier about the Sean McAdams, it's one less I'll have to track down on COMC.  The Orioles cards produced pretty  well as I almost ended up with an entire team set of the base set and quite a few Chromes.

Bowman is all about the Rookie Cards and I was hoping for a few nice cards the bigger rookies and prospects from this years "class".  I think I did really well in that regard.  Check it out, I got: 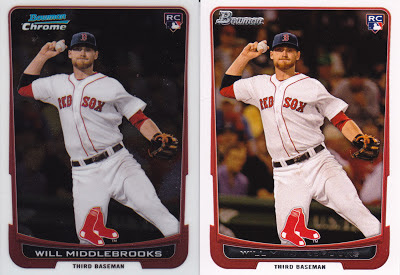 The Chrome and regular Will Middlebrooks, 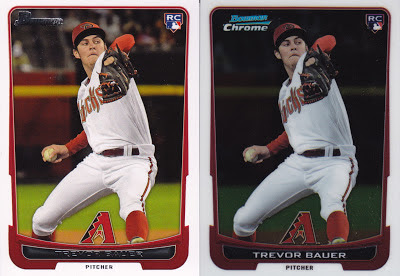 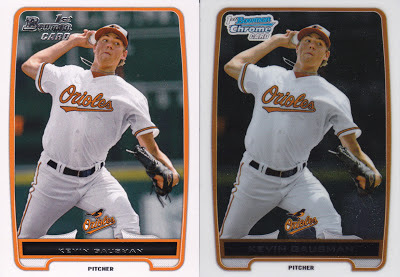 Regular and Chrome of Kevin Gausman (for obvious reasons) 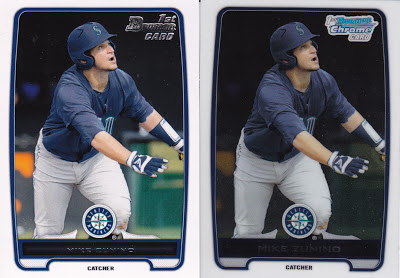 Regular and Chrome of Mike Zunino 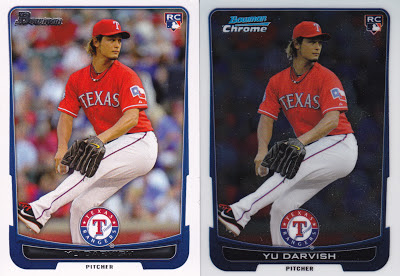 Regular and Chrome of Yu Darvish 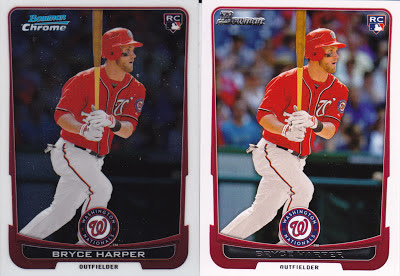 Chrome and regular of Bryce Harper

This box was veritable Who's Who of 2012 Rookies and Prospects.

Now I said above that this box was a Braves box.  Check these out: 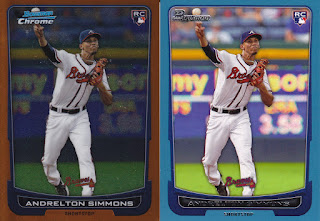 The Orange Refractor on the left is numbered out of 25 and the Blue on the right is #d to 500.  I pulled these out of back to back packs.  Plus the Harper Chrome and Darvish regular were nestled in with the Orange refractor.  Hot pack indeed!  I'm not sure what to do with them yet.

So that does it for Christmas 2012 for me.  Now back to your regular scheduled non-posting from "O" NO!!! Another Orioles Blog.
Posted by Ryan H at 7:55 PM