Trade with Brad of Red Sox Fan in Nebraska

I've been reading a lot of 2014 Topps box breaks and pack rips over the last week.  I can tell that 2014 Topps isn't going to go down in history as an all-time favorite design.  Anyways, while perusing my daily reading in the blogosphere, I noticed Brad from Red Sox Fan in Nebraska pulled a couple O's cards from his rips that I was interested in.  We came to a trade agreement so here's the cards he sent: 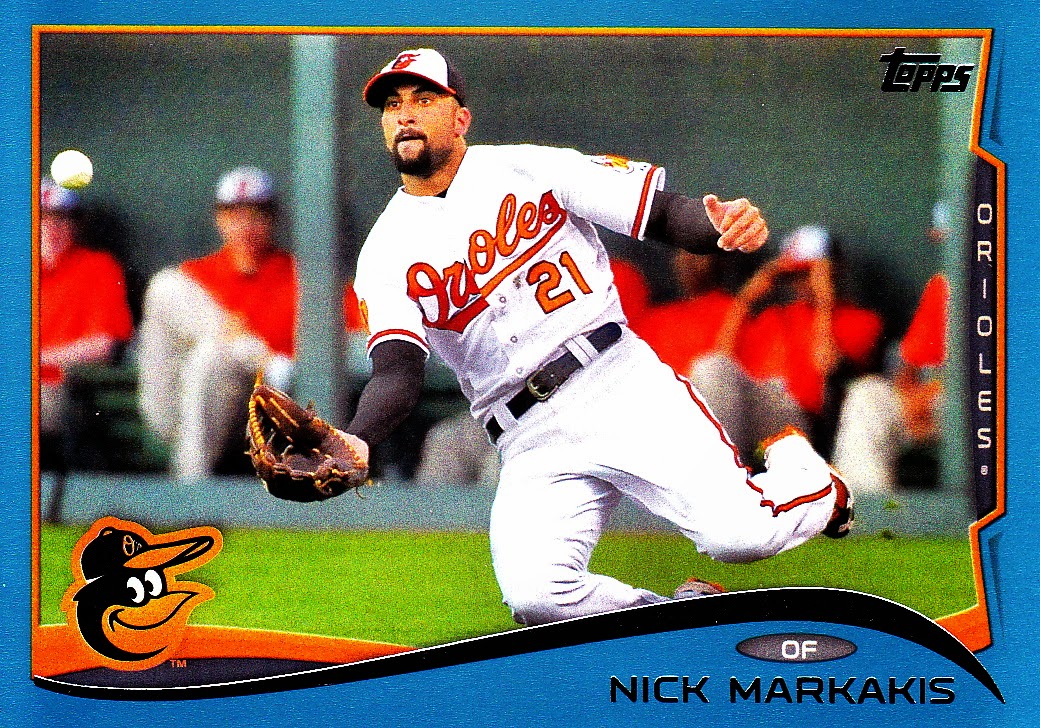 Even though I have stopped doing my daily searches on Ebay and COMC for Nick Markakis cards, I will still get his cards when they are available.  I've got quite a collection of Nick the Stick but I think my days of super-collecting him may be over unless I win the lottery. 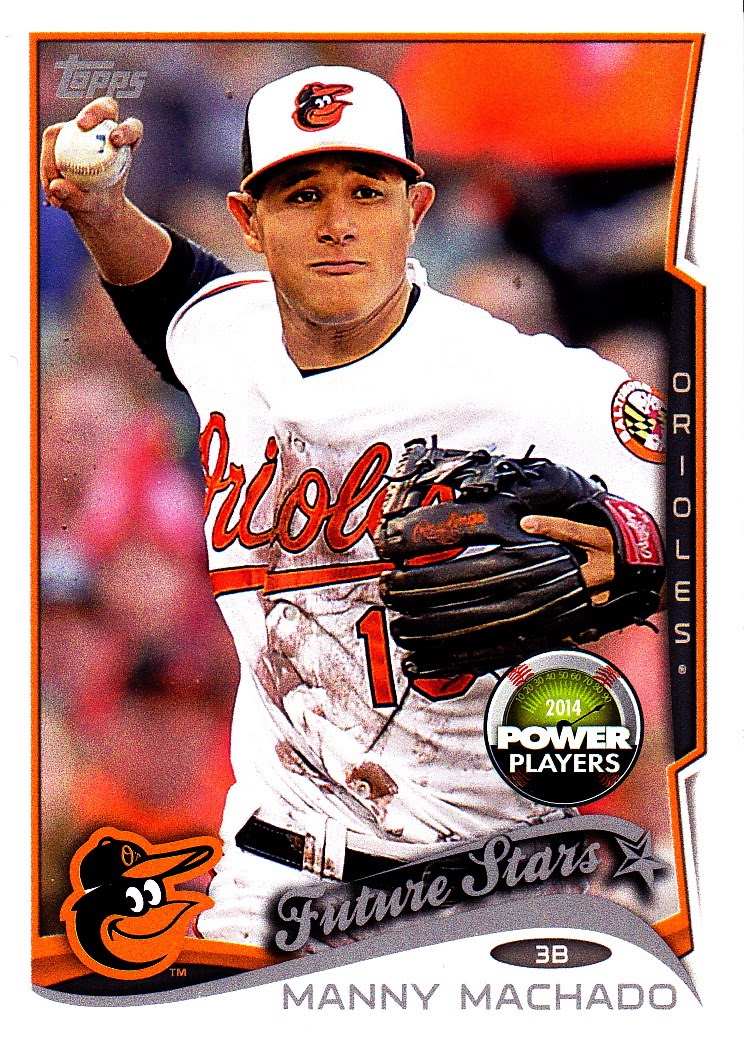 This Manny Machado Power players parallel/game card also caught my eye.  Manny is the future of the O's franchise though I don't currently have the resources to start a huge collection of his cards.  Like Nick above, I'll pick up as many as I can and not fret when I don't get his urine yellow or booger green parallels.

Thanks Brad for hooking me up with these new release O's cards!
Posted by Ryan H at 8:14 PM