Trade with Tom of Angels in Order

I was contacted by Tom of the Angels in Order blog about a stack of Orioles cards that he wanted to send me.  Of course I can't resist making a trade so I sent him my address and a few days later, a bubble mailer appeared in my mailbox.  Here's a few of the highlight cards and some random thoughts about them: 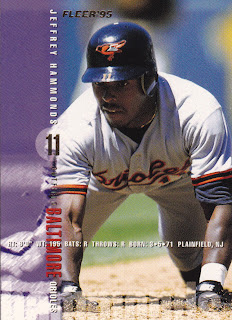 I can and can believe that I still need 1995 Fleer Orioles to complete my team set.  Hammonds was the best college player in the land when he was drafted by the O's.  Injuries derailed his Baltimore tenure leaving many O's fans to wonder what could have been. 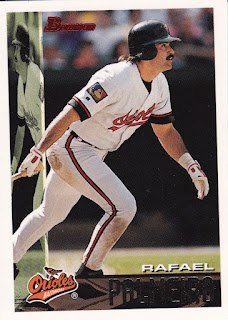 This Palmeiro card from 1995 Bowman was the last I needed for the team set.  It's "diamond cut" so I'm probably going to be looking for an upgrade at some point.  I would have thought that Topps would have eliminated this issue by then. 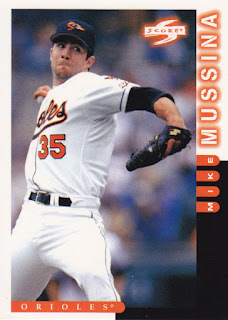 Mike Mussina is/was my favorite Orioles pitcher.  Yes I like him more than Jim Palmer.  Sue me.  I've been thinking of sending a TTM to him for some time now but it looks like he hasn't been signing much lately from the looks of it.

Thanks Tom for nice stack of O's cards and the thoughts that were brought up because of them!
Posted by Ryan H at 10:42 PM