Trade with John of The Pursuit of 80's(ness)

This is my first international trade that I have completed. I had the pleasure of dealing with John from The Pursuit of 80s(ness). He had some feelers out for a bunch of different team collectors and I bit on the Orioles. I think he is still looking for a couple of other team traders so you might want to check him out. Anyways, here's my take: 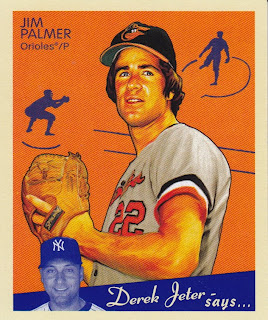 Here's a sweet looking Jim Palmer Mini from 2008 Goudey. It's undeniably 2008 because of Derek Jeter's mug taking up most of the bottom of the card. 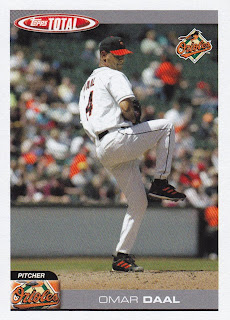 Another version of Orioles Obscure Cards of Obscure Players. Omar Daal, wow, he was terrible while donning the black and orange. 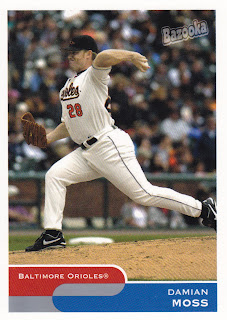 Damian Moss wasn't much better as an Oriole. Both had ERA's in the 6's. Geez! 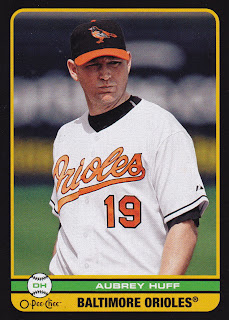 Aubrey Huff was a decent player for the O's for a couple of years. As I continue to obtain more cards for the base set, the Black Bordered Orioles continue to trickle in! Maybe one day soon I'll have the entire set. 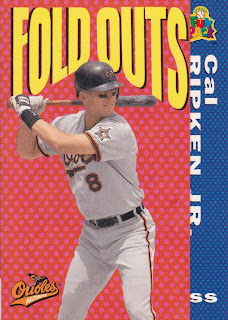 And I'll close out this trade post with a neat card from 1994 Upper Deck Fun Pack. This card folds out (obviously!) to show an action shot on the inside. Pretty ground breaking stuff for the mid 90's!
Thanks for the trade John, your return package is in the mail. I hope you like what I found for you!
Posted by Ryan H at 8:41 PM