I was contacted by one of my readers recently with a trade offer.  Well, Of course I accepted because I love trading!  Paul apparently caught my blog from the webbernet and offered up some cards.  I don't believe that Paul has a blog but forgive me if I just overlooked it.  After some emails were exchanged and cards were mailed, I ended up with some awesome new cards for my collection. 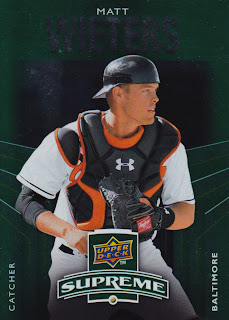 I don't have many Matt Wieters cards since Topps can't get their act together and sign him to a card contract.  I do have this card from the much-maligned 2010 Upper Deck set though.  I've seen the base card version tons of times but this is the first time I've seen the Supreme Green insert.  Awesome card! 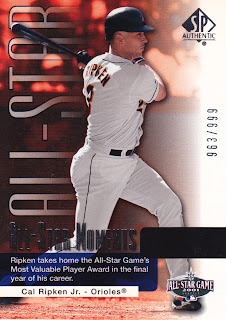 Here's a new Cal for my collection.  It hails from 2004 SP Authentic.  I still remember this exact All-Star moment when he jacked that memorable homerun.  It's one of my favorite Cal moments! 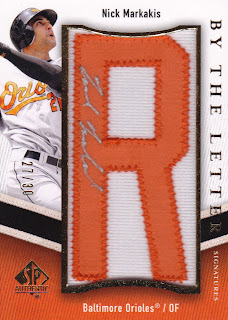 I was surprised by Paul with this card.  I'm really glad he did.  While its well documented I'm not a huge manu-relic-patch fan, I do love this card.  I guess since it was actually touched by Nick himself makes the difference. 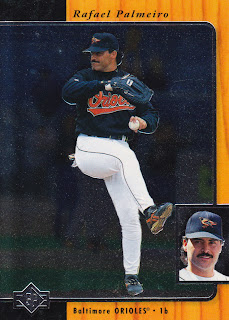 This is one of the 2 really wacky cards that were in the package.  It looks like Raffy is pitching! 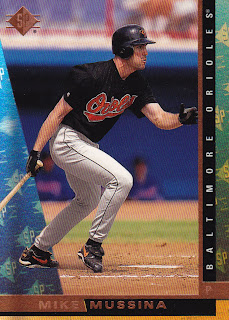 And this one is Moose Mussina hitting.  Definitely unique cards to say the least!

Thanks Paul for checking out my blog and offering up some awesome cards!
Posted by Ryan H at 4:19 PM