Trade with William of foul bunt

I received some cards from my buddy William at the foul bunt blog over the weekend for some "cards to be named later".  He had some miscellaneous Orioles cards that he thought I'd be able to use for my collections.  He knows me too well! 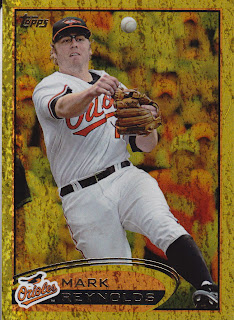 He knows I'm a fan of Mark Reynolds because of his 136th homerun ball that I have (autographed too!) of his and that I'm trying to get all of the 2012 Golds of the Orioles.  It all comes together to form this perfect storm of a card.  (BTW, let me know if anybody has any of the Golds, I only have this one and Guthrie! Thanks!) 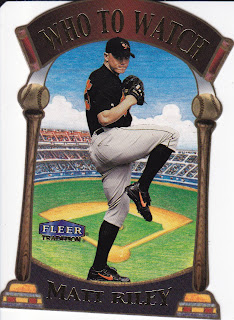 He also knows that I have a weird obsession with Matt Riley cards.  I guess he was the big time Orioles hot prospect when I started paying attention to the minor leagues. 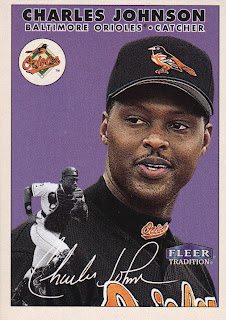 I guess he also knows that I enjoyed watching Charles Johnson catch for the Orioles too.  I always thought it was awesome how he would catch the pitch, drop his mitt into the ground between his legs, grab the ball from behind his back and then throw it back to the pitcher.  Oh yeah, he hit pretty well during his time at Camden Yards too. 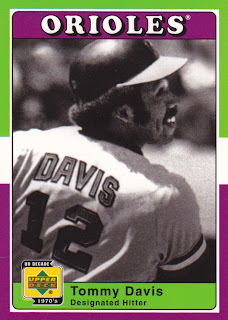 I like this card because of the groovy colors.  I flipped it over and looked at the stats too.  He really had quite an interesting trek around the league for a few years.  He spent the first 8 years as a Dodger and thats when he started to rack up the frequent flyer miles.  He played for the Mets in '67, the White Sox in '68, Pilots and Astros in '69, Astros, A's and Cubs in '70, back to A's for '71, then back to the Cubs in '72 before finally landing in Baltimore for about 3 and a half seasons.  He was finally able to unpack his bags for a few years before he hit the road again in '76, he signed with the Yankees but never played for them getting released after spring training. He then signed with the Angels and was then purchased by the Royals late in the season.  WOW, what a traveling history!

Thanks William for the cards!