Trade with Brian of Base Set Calling

Brian of the awesome blog Base Set Calling contacted me about trading for the Brandon Moss camo parallel that I pulled from a pack of 2013 Topps and a trade was born.  He sent me a bunch of gold in exchange! 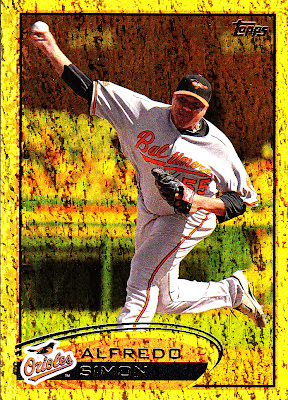 Gold Sparkle that is.  I can't believe that I hadn't tracked this one down before now.  Simon has been gone from the O's for almost a season and a half but has seemed to find a home in the Reds bullpen. 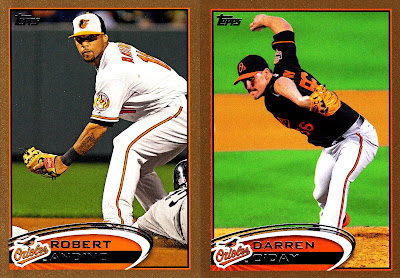 More Gold from 2012 Topps Update.  I'm glad that Topps decided to make real gold bordered parallels instead of the sparkles this year.  Andino is back in the minors with the Mariners and O'day is being awesome in the O's 'pen. 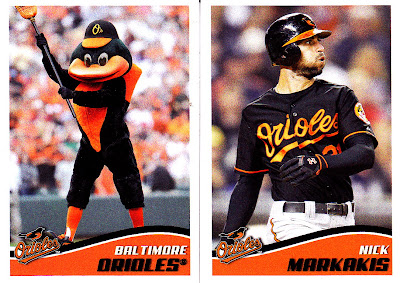 I don't go out of my way to collect the stickers that Topps puts out these days but when they come in trade packages, I can't refuse them.  A nice shot of the Bird with his "Series Sweep" orange broom.  and of Nick crushing a double into the left-center gap.

Thanks for the trade Brian!
Posted by Ryan H at 6:55 PM