Trade with Ted of Crinkly Wrappers

Everybody that has traded with Ted from Crinkly Wrappers knows that he is one of the most generous bloggers around.  We just completed our umpteenth trade and he sent over some fantastic new cards for my collection.  Lets have a look: 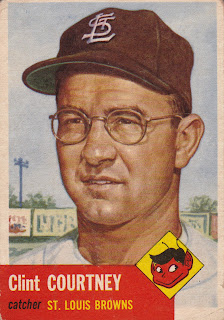 It's not everyday you get a 1953 Topps card in the mail.  This card of Clint Courtney is going into my "One Card of Every Oriole" book.  I know this isn't an Orioles card.  Here's one of my rules for my binder: If the player played for both the Browns and Orioles, and had a card for both teams, I went with the Browns card.  I did this in an effort to collect some of the awesome pre-1954 cards like early '50s Bowmans.  This card is a great step in that direction! 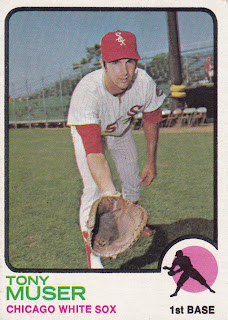 I'm also collecting rookie cards of Orioles players even if they aren't wearing the Black and Orange jersey.  When Tony Muser was the manager of the Royals, I had no idea that he had once played for the Orioles back in the 70's.  My, how my baseball knowledge has increased. 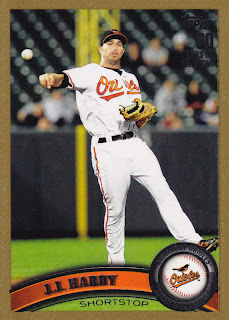 This JJ Hardy card was a pleasant surprise.  I'm getting close to finishing the entire gold parallels team set from last year.  I only need a few more from Update Series. 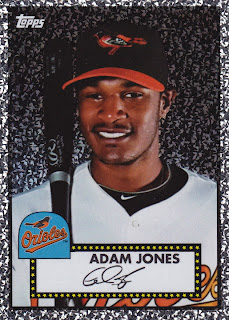 I'm kind of torn between last year's wrapper redemption cards and this years.  Even though the '52 design has been overused, it still looks classy.  I might give the edge to this year's Gold Rush since it is a fresh design versus one that's been around for 60 years. 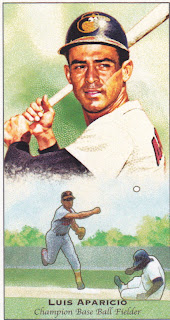 I'll close this trade post out with a Kimball mini of Luis Aparicio.  The Kimball Minis really grew on me last year.  I only need a few more Orioles to complete the team set of these too.

A big thanks to Ted for sending another awesome trade package.  You never disappoint, my friend!
Posted by Ryan H at 9:02 PM

Labels: mini, One Card for Every Oriole, trade, Vintage