This trade was not technically part of my tradebait blowout but it ended up so.  Doug of the Buck Store Cards blog found the following autograph cards at a card show in Canada at 3 for a dollar.  I'm really happy that he thought about me when he was digging thru the bargain bin! 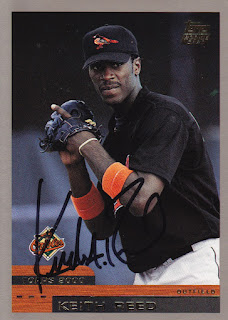 I was really high on Keith Reed when he was coming up thru the Orioles system.  As much time and effort as they spent developing him in the minors, you would have thought they would have given him more than a handful of playing time at the Major League level.  Thats the Orioles of the mid 2000s though.  We'd rather employ the likes of Marty Cordova, Russ Ortiz, and Brandon Fahey! 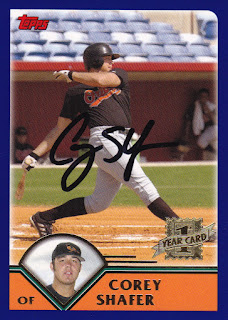 I don't know too much about Corey Shafer other than a few cards that I have of him.  He does have a nice autograph that resembles his name! 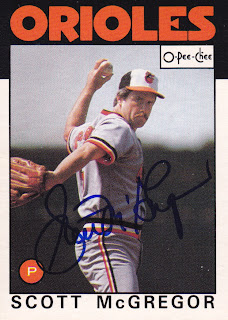 Scott McGregor has been around the Orioles Organization for a quite a long time filling various roles.  He pitched some really good games for the O's during his tenure as a player including the World Series in 1983. 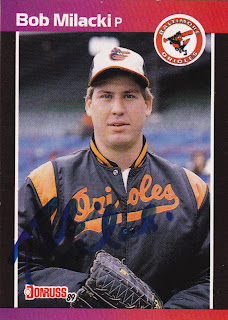 This auto of Bob Milacki kinda blends in with the warmup jacket he's wearing but I'm still happy to have it.  Bob was a key member of the Why Not? Orioles of 1989.  I wonder if we will look back 20 years from now and think the same about Miguel Gonzalez of the 2012 Buckle Up Orioles?

Thanks for thinking about me at the card show Doug!
Posted by Ryan H at 8:43 PM