What I Got for Father's Day 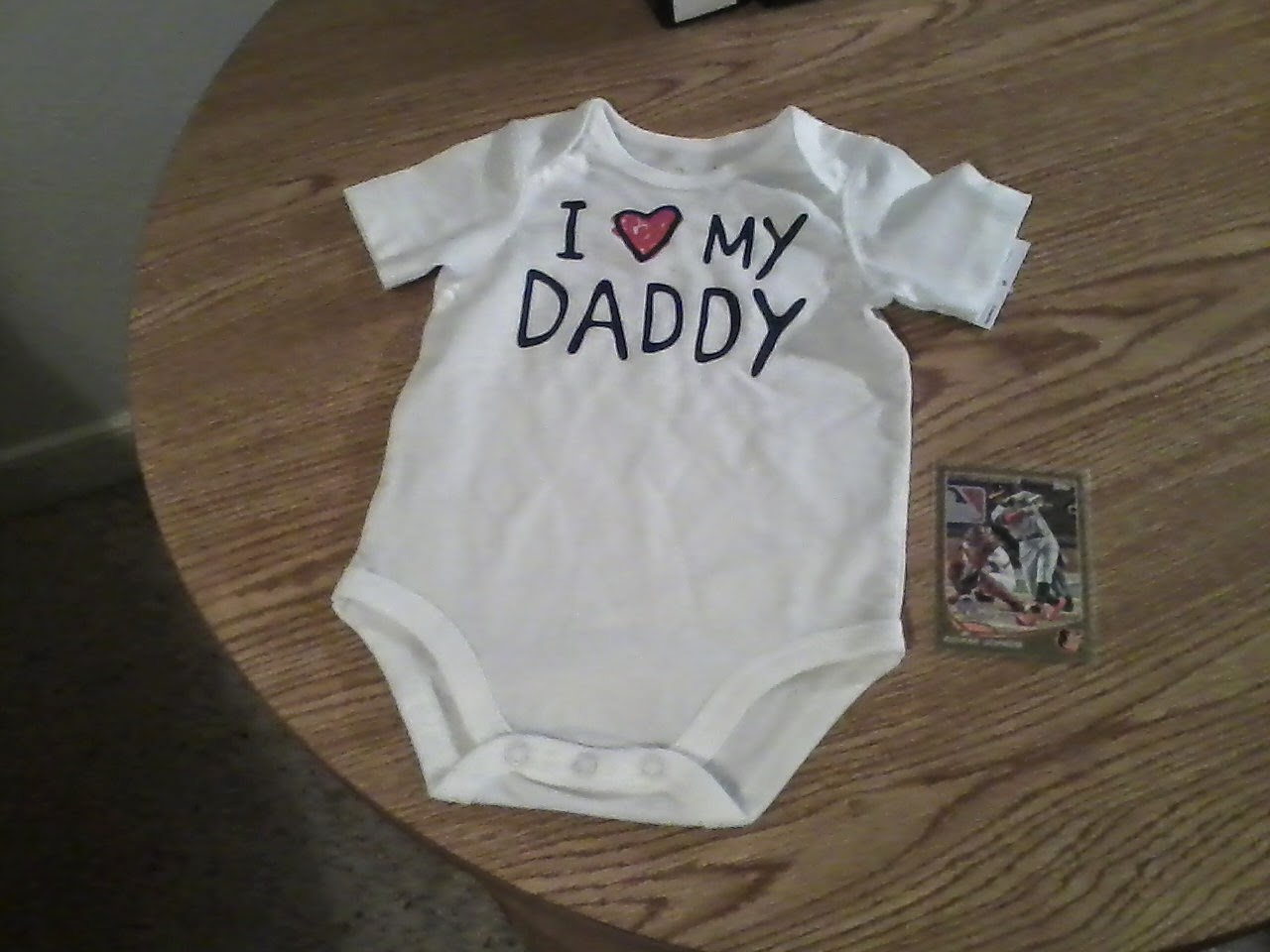 I guess this onesie could partially explain my absence from blogging.  I usually get some new cards from the dogs for Father's Day but this year I actually got this from my wife.  This was not a surprise however, since we've known since before Christmas we are having a baby.  Baby Hughes will arrive in late August/early September.  My money is on September 5th.

There are several other reasons why I haven't been posting and this will be a short list with little explanation.

1. Gardening has become my #1 hobby right now.  Since early spring I've spent a good amount of time working in our vegetable garden.  It's about 1000 square feet so it takes a lot of effort to keep the weeds, bugs, and varmints out.

2.  I've been playing a lot more XBOX since the beginning of the year.

3.  Topps really isn't holding my attention that much with the products they put out.  All of the "low-end" stuff they put out just doesn't have much feeling anymore.  This hobby has become a rich man's game with all of the high end products that come out anymore.

4.  I've really cut back on buying new products because of reason #3.

5.  I was put in charge of my church's community garden so that took some time organizing and helping some members get their plots ready for planting

6.  It's somewhat more relaxing for me to watch a ballgame on TV when I come in from working in the garden than it is to blog.

7. My company decided that everyone at my facility makes too much money so they decided to give everyone a 12.5% PAY CUT effective July 1st.  (this will eat into the card budget even more).

I have some long overdue trade posts that I need to put up as well as some trade bait from some pack breaks that I've done over the last 3 months of my hiatus.  I won't make any promises as to when I'll get those posts up.  Thanks for bearing with me!
Posted by Ryan H at 10:18 PM 4 comments: