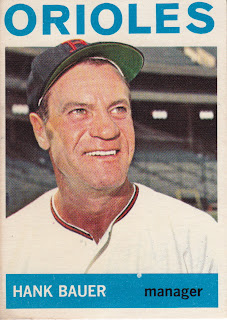 Hank Bauer was the first Orioles Manager to deliver a World Series win in Baltimore. I think he is more known for playing in all those years with the Yankees. 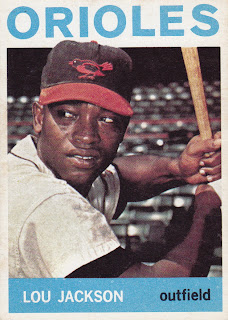 This card is a semi-hi number shortprint of a player I know little about. The back of the card shows he had some pop in 1963. He hit 31 home runs for Toronto when they were in the International League. 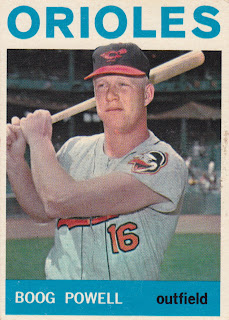 While searching through the 1964's I stumbled upon a beat up version of this card. Luckily I was able to dig this one out a little bit later down the row. None of my vintage cards are in great shape but probably average in the VG range. 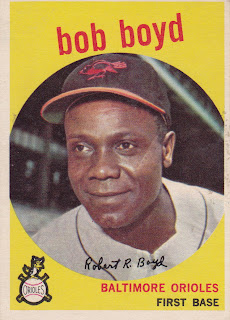 Bob Boyd was the Orioles first baseman for a few seasons. The trivia on the back says that Bob had never hit below .300 in any complete season (to that point, obviously). 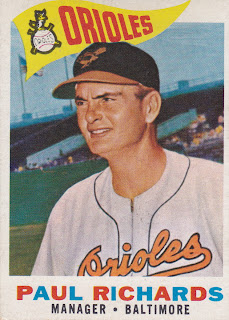 I've seen this card several times before but it was either in such crappy condition, or was badly off-center. This one is a good mix of condition, centering and price. I love the stands of Memorial Stadium in the background.
Posted by Ryan H at 9:53 PM