Trade with Dustin of Coot Veal and the Vealtones

Another awesome trade that I completed recently was with Dustin of Coot Veal and the Vealtones.  Dustin has become one of my favorite trade partners over the last few years.  I even traded with him before he made it to Major League Blogging (*not a real league).   He sent me so many cool cards I had a hard time whittling this post down to 5 cards for the sake of brevity.  Lets begin: 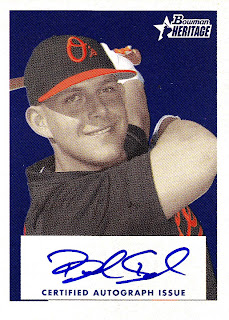 I really enjoy adding new autographs to my Orioles collection especially if they are on-card.  Here is my second Brandon Snyder autograph but my first on-card one. While Brandon didn't make a huge impact with the Orioles he was able to play with Texas and is now with Boston. 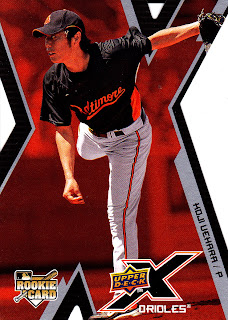 Speaking of Boston, it still pains me to see Koji wearing "red socks" now.  He really endeared himself to the Orioles fans while he was here even though he was hurt a lot.  I think the only thing that I take solace in him being gone is when I seen Chris Davis manning first base! 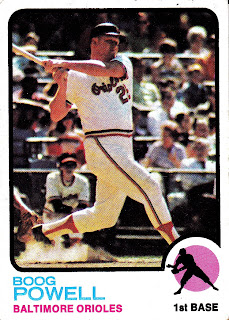 Speaking of big burly first baseman, Boog Powell did it first in Baltimore.  Now he makes a mean BBQ sandwich in right field at Camden Yards.  I'm thrilled that Dustin sent this vintage "Booger" for my PC. 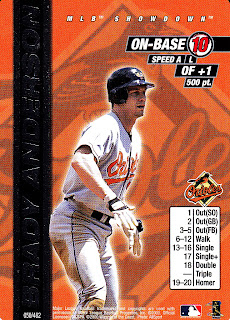 Speaking of boogers, PC's, I also found this Brady Anderson MLB Showdown game card in the package.  I've slowed down on the Brady PC as of late since I have most of his early career stuff (think over-production era) and some of the late 90's "off the beaten path" stuff can be somewhat harder to find.  MLB Showdown was underrated in that there were some obscure players in there.  There are Orioles cards of Trenidad Hubbard and Mike Trombley in some of their sets! 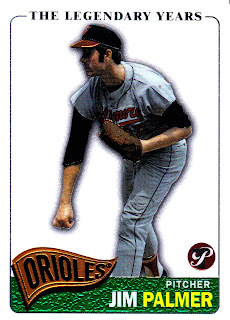 I'll close with another PC addition of Jim Palmer.  I don't have many Topps Pristine cards in my collection mostly because I wasn't collecting much when they were released.  Plus, me being a poor college student at the time kept me from buying the high end products.!

Thanks Dustin for the awesome trade package!
Posted by Ryan H at 6:46 PM