UPS delivered the 2 hobby boxes to my home this morning so know it's time to start busting some packs since the sun has gone down and I can't cut lumber and nail them together without night vision goggles.  Unfortunately, the wifey will not be helping me with this first round of packs.  Maybe we'll get some toilet humor tomorrow.

It's pretty sweet that Manny Machado is on the box! 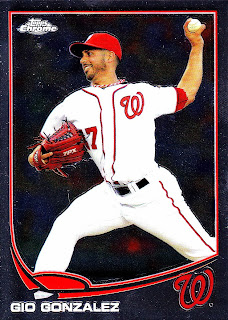 213 Gio Gonzalez - Nationals
These look more like the Walmart Black background parallels from a few years back when they are scanned.  I probably won't scan anymore regular base cards from here on out.
205 Ben Zobrist - Rays
158 Anthony Rizzo - Cubs
135 David Freese - Cardinals 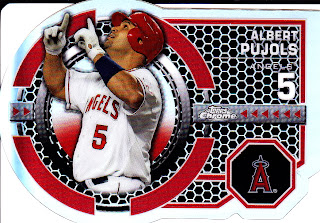 DY-AP Albert Pujols Dynamic Diecuts - Angels
A Really nice looking card.  These are seeded 1:24 packs so we probably won't get another in this box.
75 Robinson Cano - Yankees 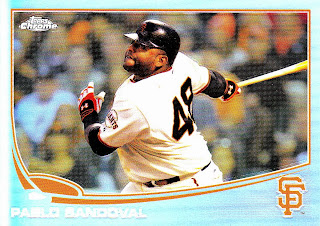 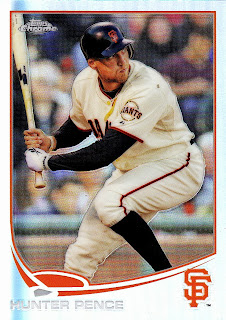 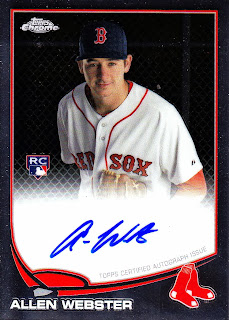 112 Allen Webster Autograph - Red Sox
38 Joe Mauer - Twins
18 Kris Medlen - Braves
A good pack for the Braves but the real winner are the Red Sox with the first autograph of the break! 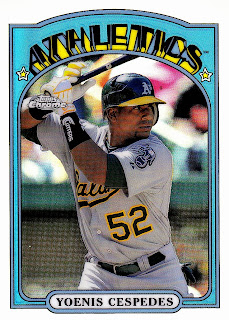 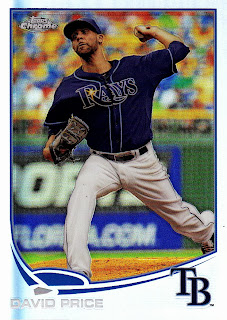 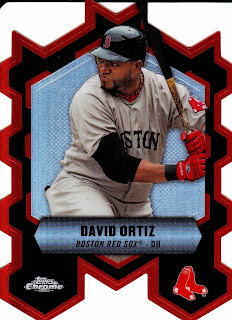 CC-DO David Ortiz Chrome Connections - Red Sox
A sharp card (literally!) for the Sox.  The Red Sox weren't chosen by anyone but I'm sure Jason will be happy to have this card and the autograph
95 Austin Jackson - Tigers 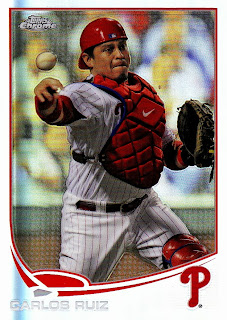 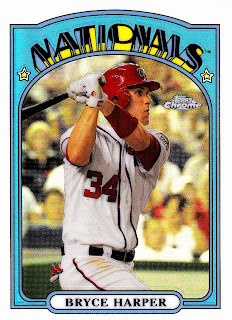 Pack #11
148 Evan Gattis - Braves
8 Matt Cain - Giants
24 Nick Maronde - Angels
32 Jose Fernandez - Marlins
I finally get on the board with a card from my random team.  The weird part is that the logo is the Mariners!  I checked his regular Topps card and the mini and they correctly have the the Marlins logo.  How does that get screwed up for Chrome? WTF? 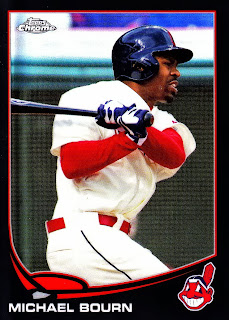 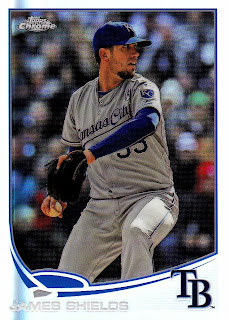 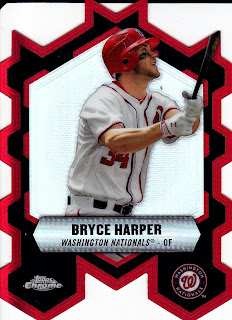 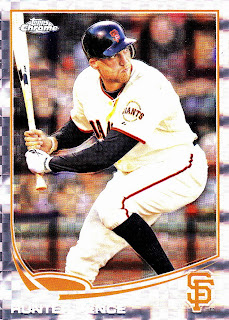 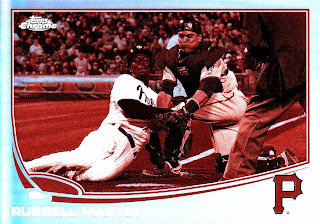 89 Russel Martin Sepia Refractor #d 51/75 - Pirates
No "color" refractors yet but we've had 2 of lower numbered refractors in the product so no complaints.  Congrats Nate on the Pirate hit!
217 Justin Morneau - Twins
202 James Shields - Royals
Come On Topps!  They still have the Rays logo on the card.  (check out the Refractor above) The sad part is that Shields has appeared on cards as a Royal in Heritage, Gypsy Queen, and Allen & Ginter among others and had all the logos right.  sigh.... 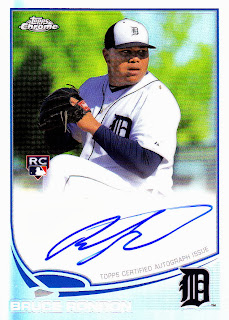 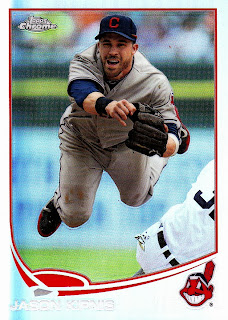 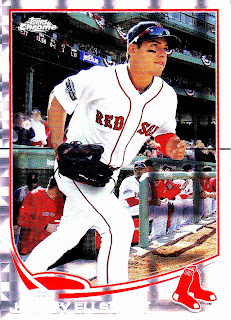 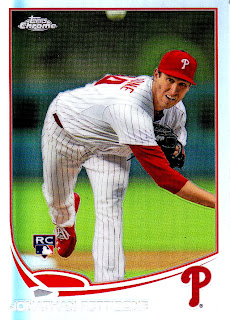 We end up the box right where we started with another Pablo Sandoval refractor card!

I don't think I'm going to do the card count this time since this break is only going to last 2 rounds.  Hopefully I can get box #2 opened up and posted tomorrow night.  I probably won't scan all of the regular refractors and xfractors to speed things up.

I hope everyone is liking the break so far!
Posted by Ryan H at 9:37 PM