Continuing with my card show haul from last weekend, here's the vintage cards I picked up for my One Card of Every Oriole collection.  I started this collection for 3 reasons:
1.) Obviously to collect a card of every Oriole to play in a game.
2.) Not all of the players that suited up for the O's had and Orioles card issued.  The collection gives me the chance to broaden my horizons past just Orioles cards and collect cards of the players on other teams.
3.) It gives me a way to collect some awesome vintage cards even before the Orioles were the Orioles. 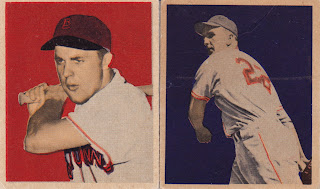 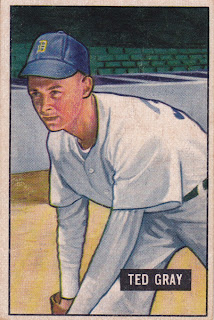 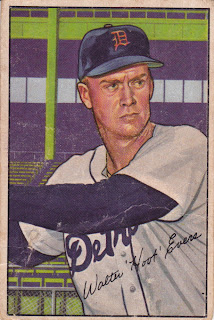 Moving on to 1952 Bowman we have Walter "Hoot" Evers.  I love that his nickname is Hoot.  Players just don't get sweet nicknames like that anymore.  Hoot gained the nickname because of his love of a popular Film Cowboy named Richard "Hoot" Gibson who made about 75 short films when Walter was a boy.  Now you know! 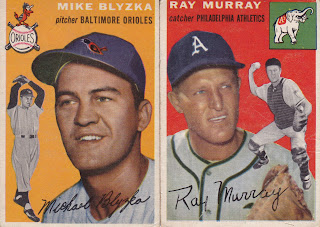 I already had Mike Blyzka's card but I picked this one because it was Mike's only appearance as an Oriole on cardboard.  I really like the 1954 Topps set and I picked up both of these on the cheap.  I think one thing that jumps out at me from Ray Murray's card is the awesome Athletics logo.  A White Elephant! 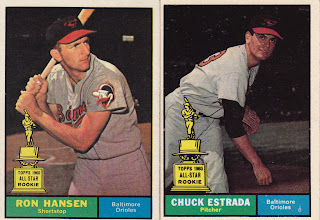 Here we have two 1961 Topps cards of Topps All-Star Rookies Ron Hansen and Chuck Estrada.  I chose these cards for my binder since they were cost effective and they prominently displayed the Rookie Cup.  I didn't like the 1961 Topps set but it has grown on me as time has passed.