Trading has slowed down a little bit lately for me so today I'm going show off some of the smaller trades that I've completed.  I've got to try something soon to get the trades flowing again.  I've traded with a ton of different bloggers but I don't think I've quite exhausted the entire roster yet!

So you're here for the cards, not my complaining.  Here goes: 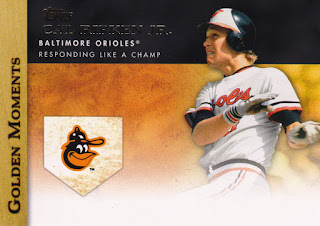 I've traded with Matt from DocHoloday.com in the past and he sent me a few cards I needed for my 2012 Topps Update set along with this sweet Golden Moments Cal Ripken.  I seem to get a lot of trade offers stemming from posting up my box breaks since he saw some of the Red Sox trade bait I got from my most recent hobby box. 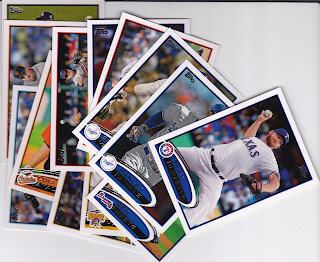 Here's the obligatory slew of  2012 Topps Updates that he sent me.  At this point, I still need a few to complete the set: 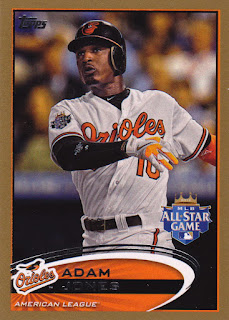 I received these cards in a trade from blog reader Brian.  He somehow found my blog on the internet and sent me a list of cards that he had from my wantlists.  Since it was his first trade through the mail, I was more than happy to accept the trade and help him figure out the protocol.  I am very appreciative of the cards he sent including the Gold Bordered Adam Jones from Update series. I still need a ton of the Gold Bordered O's so if you have any, please let me know! 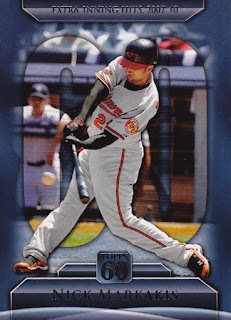 Brian also sent me this Markakis Topps 60 insert from 2011 Series 1.  This one goes into my team set binder for 2011.  I was quite alarmed that I didn't have an extra one of these when I decided to collect all of the inserts ( I already had one in my Markakis PC Binder) especially since it was from regular flagship Topps! 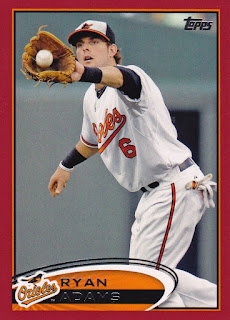 More recently I got my end of the trade from Kerry at Cards on Cards.  We swapped a bunch of Allen & Ginter cards from all years and he also threw in this Ryan Adams card.  It was purely a coincidence that the package showed up at my house on the day that Adams was suspended for 25 games for amphetimine use.  What the hell are amphetamines anyways?  Did I miss that day in Health class?  Well, as unfortunate as the suspension was for Adams himself, I think O's nation knows who ISN'T starting at second base on Opening Day 2013!

And last but not least here's a few cards from Greg at the hilariously named Plashcke, Thy Sweater is Argyle.  I seem to have a knack for pulling good cards of the Bison and Kid K so I know Greg is not complaining about that.  I sent over the goods and he sent me these: 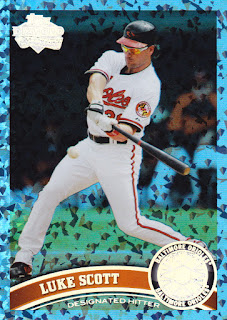 A 2011 Topps Hope Diamond Parallel of Luke Scott.  My wife was pretty upset to hear that Luke signed with the Rays last season and swore that she had switched her team alliance because of that fact.  Well Luke played like crap for Tampa this year and became yesterday's news while Chris Davis became her new favorite player. 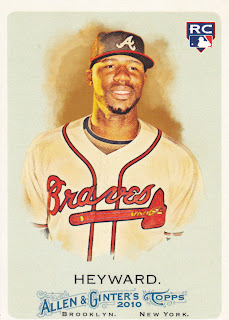 The last card is Jason Heyward's Rookie card from 2010 Allen and Ginter.  This is the capstone card for my set and marks the first Allen & Ginter set that I built myself.  A few weeks ago, I had a mere handful and now the set is done!  I'll elaborate a little on that in my next trade post.


Thanks guys for all of the nice cards you sent!
Posted by Ryan H at 4:53 PM