Hey Everybody, I'm checking in with what seems like my 1 monthly post.  I know I don't post much anymore and hopefully that will change in the near future but that doesn't mean that my collecting habits have really changed that much.  Sure I hold my "purse strings" a little tighter because of all the recent events that have happed over the last year or so but it has probably made me a better collector overall.  Seems strange, but paying less for cards makes you appreciate them even more.  That being said, I was able to jump into some group breaks on eBay for some recently released products and I think I did really well for price of admission!

First up is the Stadium Club break I got into.  It cost me maybe a few bucks more than I wanted to spend (which I'll get into at the end of this post).  I think I did OK with the results but I was really hoping get Jonathan Schoop rookie autograph. 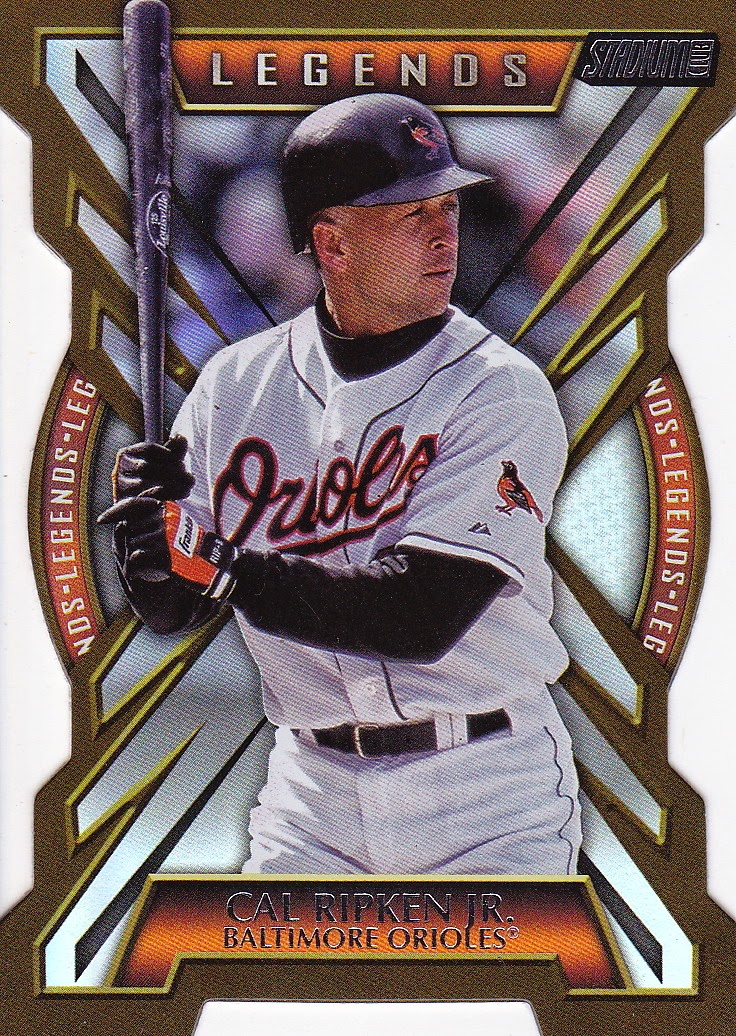 I did land this nice diecut Cal Ripken card which will go directly in to my PC of him.  I didn't get the base card to join it in the binder but that's ok for now.  I'll wait for the secondary market to settle before adding it, unless somebody has one to trade me! 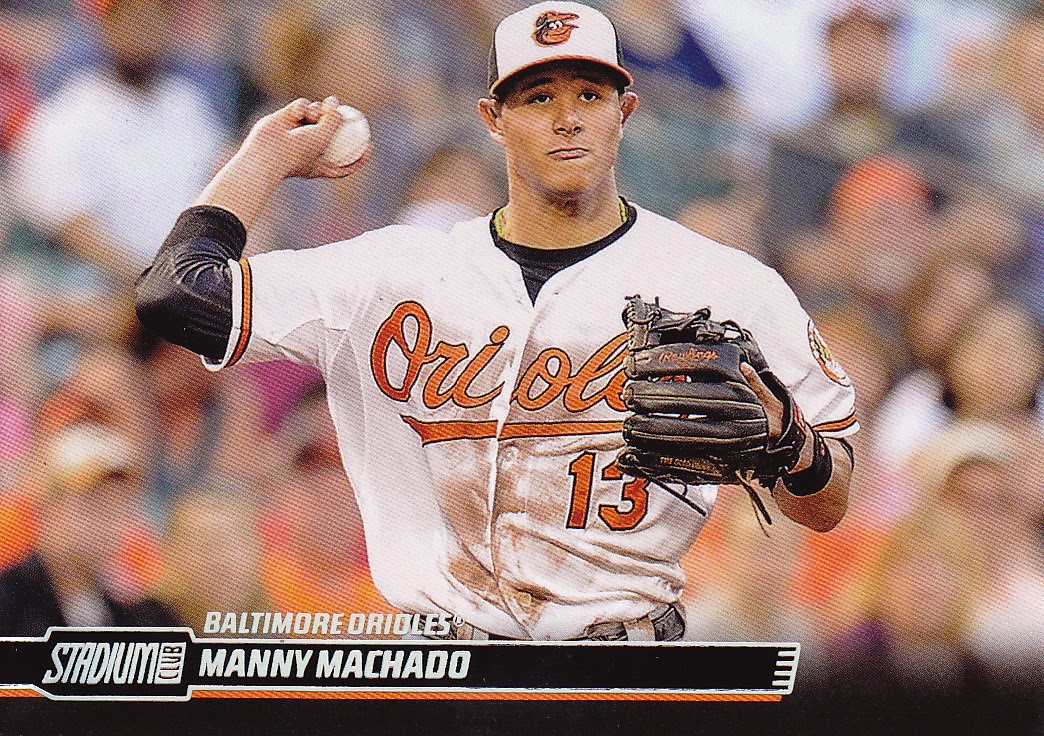 I also got this rainbow foil Manny Machado which I was pleasantly surprised to get when I opened the mailer at home.  I didn't see it on the video, nor did the breaker pay it any mind.

I didn't get the full team set from the 3 box break but I did get most of it.  I can't complain about the Ripken diecut either! 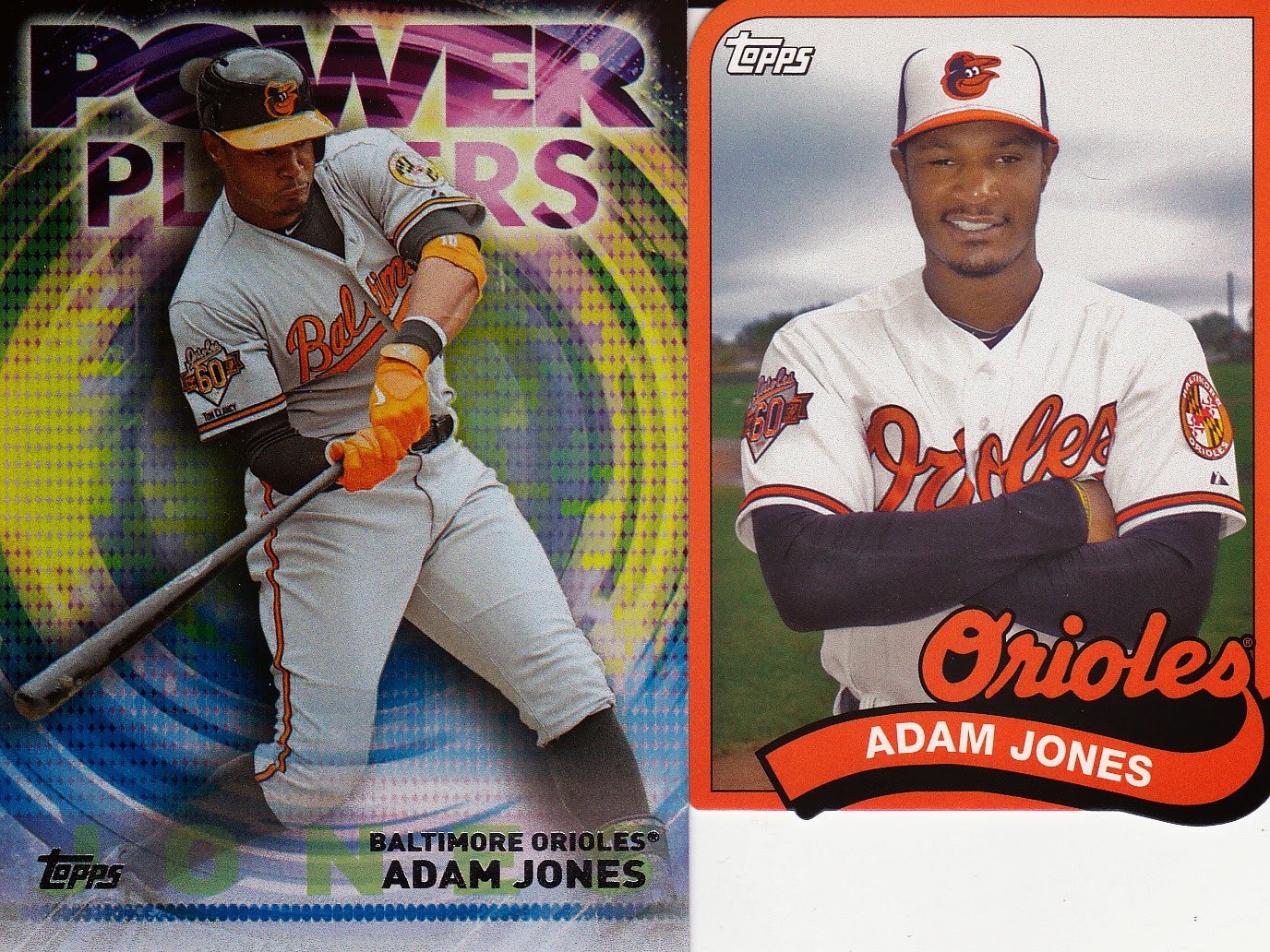 I ended up with 2 nice Adam Jones inserts.  Not bad at all.. 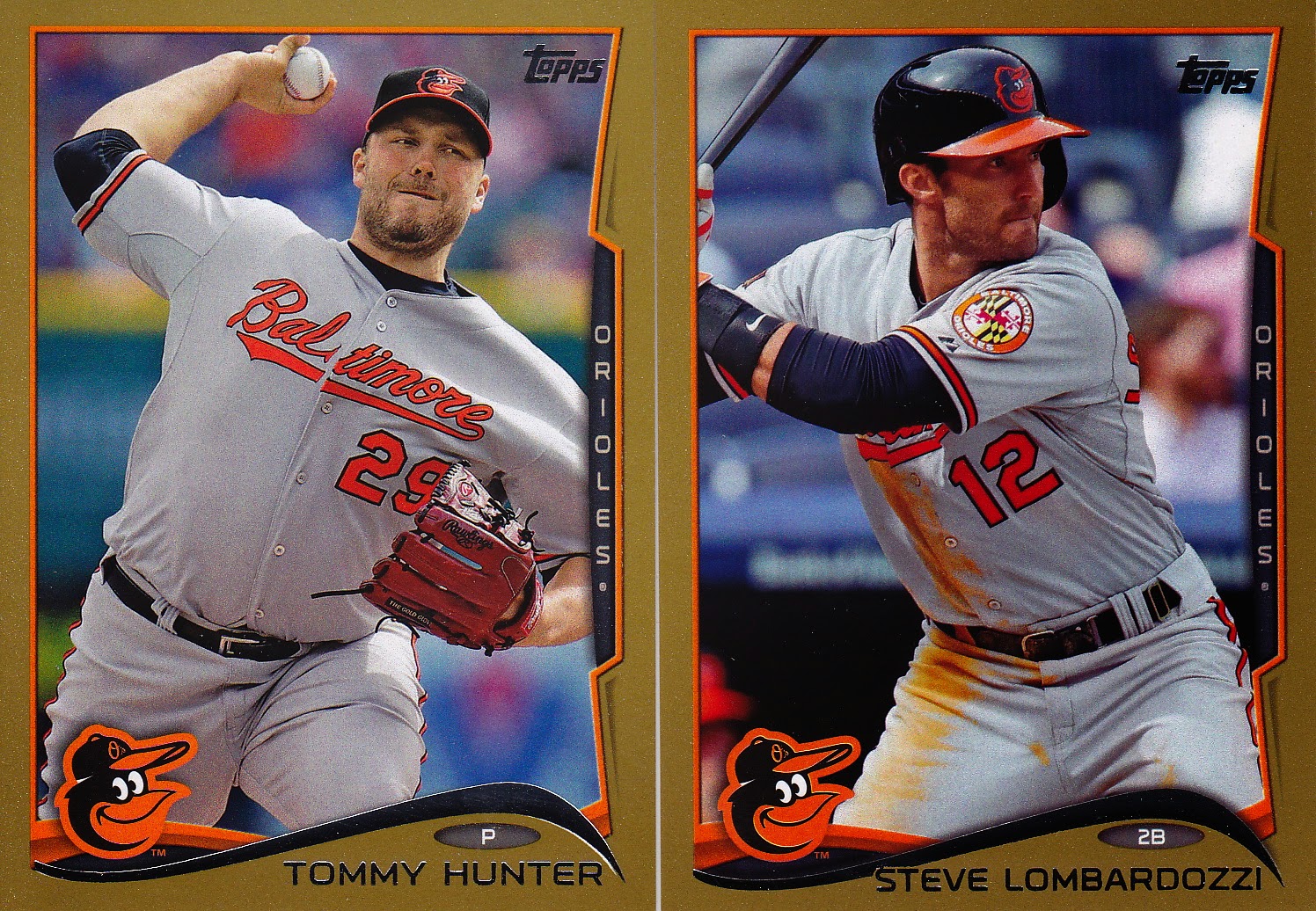 2 Gold Bordered parallels that I won't need to chase down. 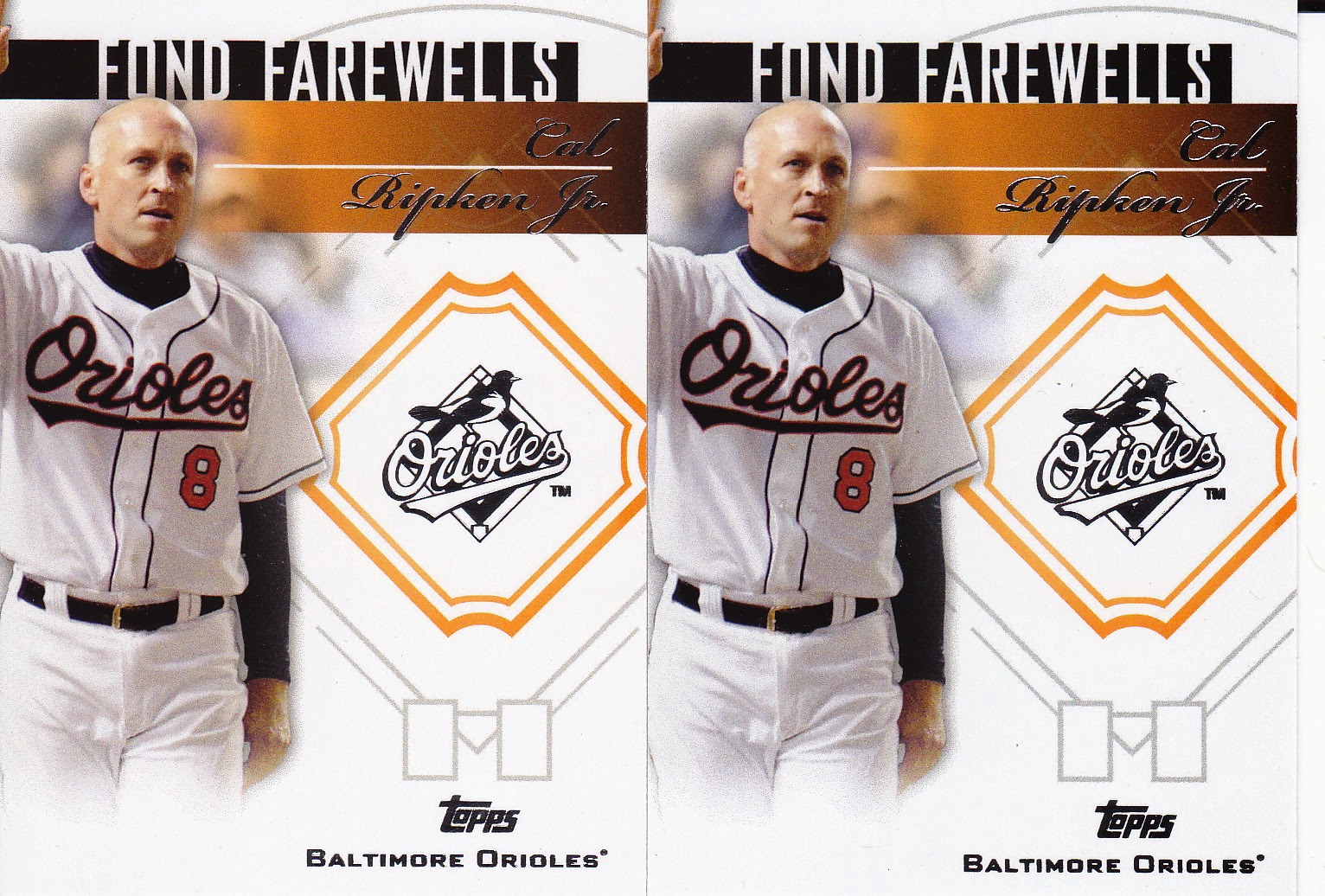 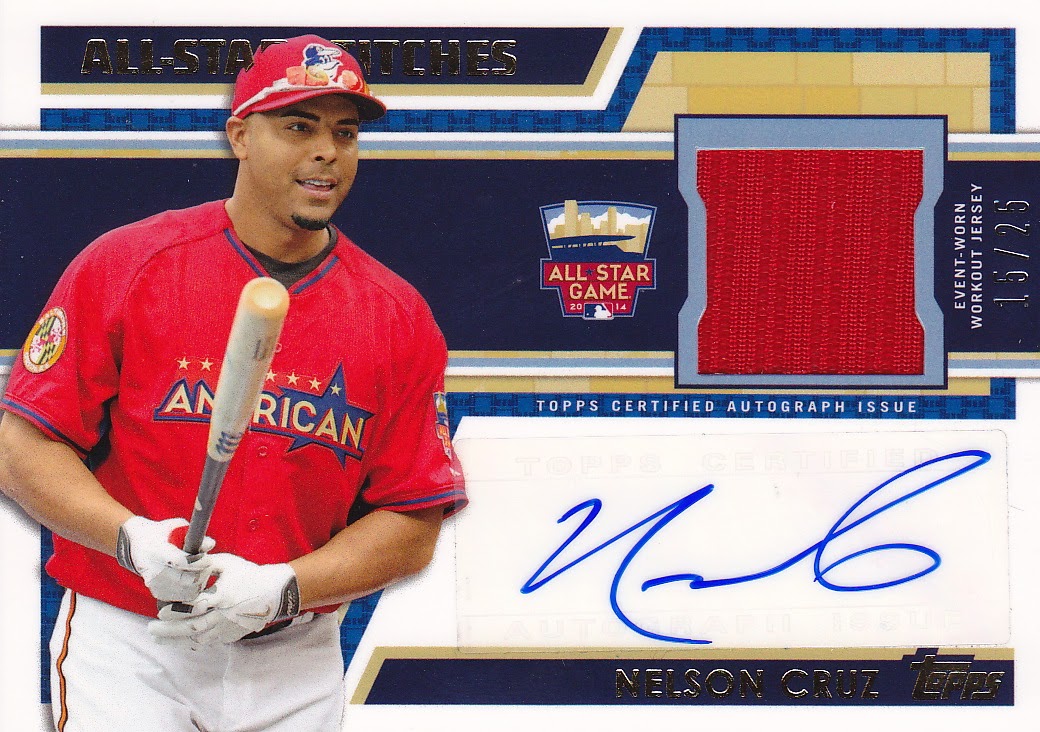 Last but not least, this Nelson Cruz Autographed relic card from the All-Star game!  Its numbered 15 of 25 and wow, it's a really cool card.  I've seen a few of these on the 'bay go for a bout 60 bucks.  Even for a sticker autograph, I'm still happy with it.  Some of the ones I've seen on Ebay Nelson's autograph went off the sticker so I'm glad I ended up with one where he "stayed in the lines"!


The last group break I was in was a Bowman Chrome half case break.  I got in to this one with high hopes of getting an Adrian Marin prospect autograph but didn't get one.  But I did get some Marin love in the break: 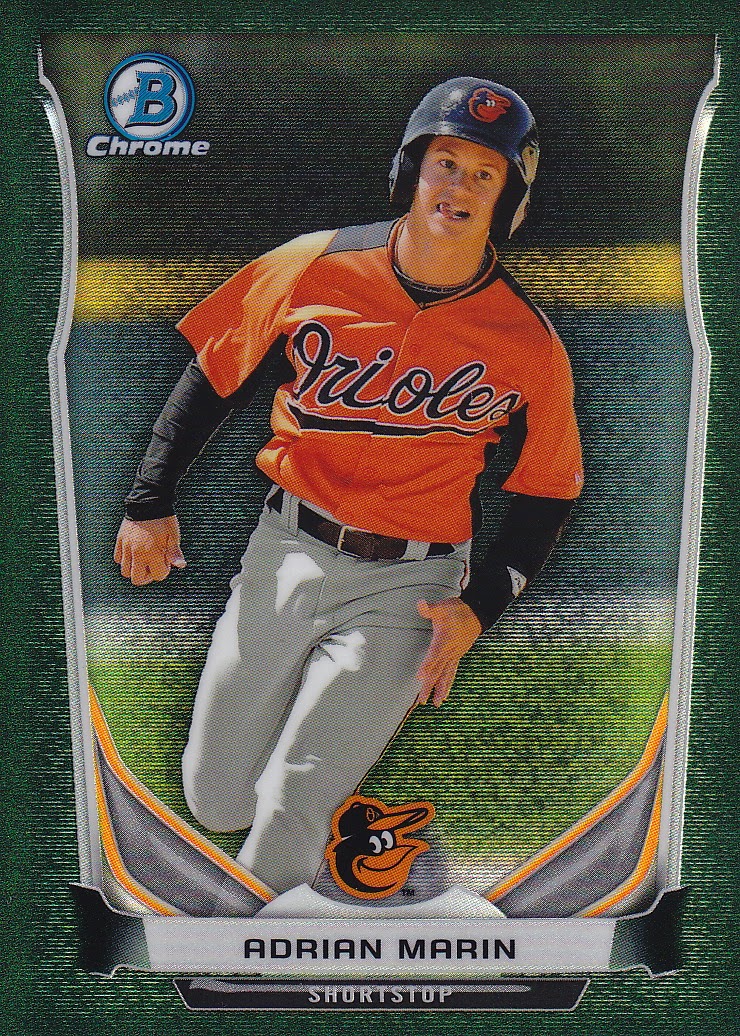 This is one of the Static refractor #d13/35.  Not bad.  Adrian Marin was drafted in 2012 out of high school in the 3rd round.  He played on team USA in international competition and the Orioles have aggressively moved him through the minor league system by making him one of the youngest players at each level he's played.  That strategy may have hurt his overall numbers a bit but the talent is there.  He just needs to continue to hit and tighten up his glove work a little more.

So 3 group breaks for the price of a blaster and a half.  I don't think I did awful and I surely couldn't have bought the cards for less money.

Thanks for looking at my post!
Posted by Ryan H at 9:30 AM