Trade with Tom of The Angels in Order

Within the last month I completed another trade with Tom of The Angels, In Order.  He sent out a sort of APB in a post that he was collecting the 2009 Upper Deck base set and I answered the call.  I  had just cleaned out a bunch of cards from my commons boxes and a large chunk of '09 UD happened to be one of the stacks.  I was able to help him out with his set and also scored some O's cards for my collection too!  Here's just a small sample of the cards he sent: 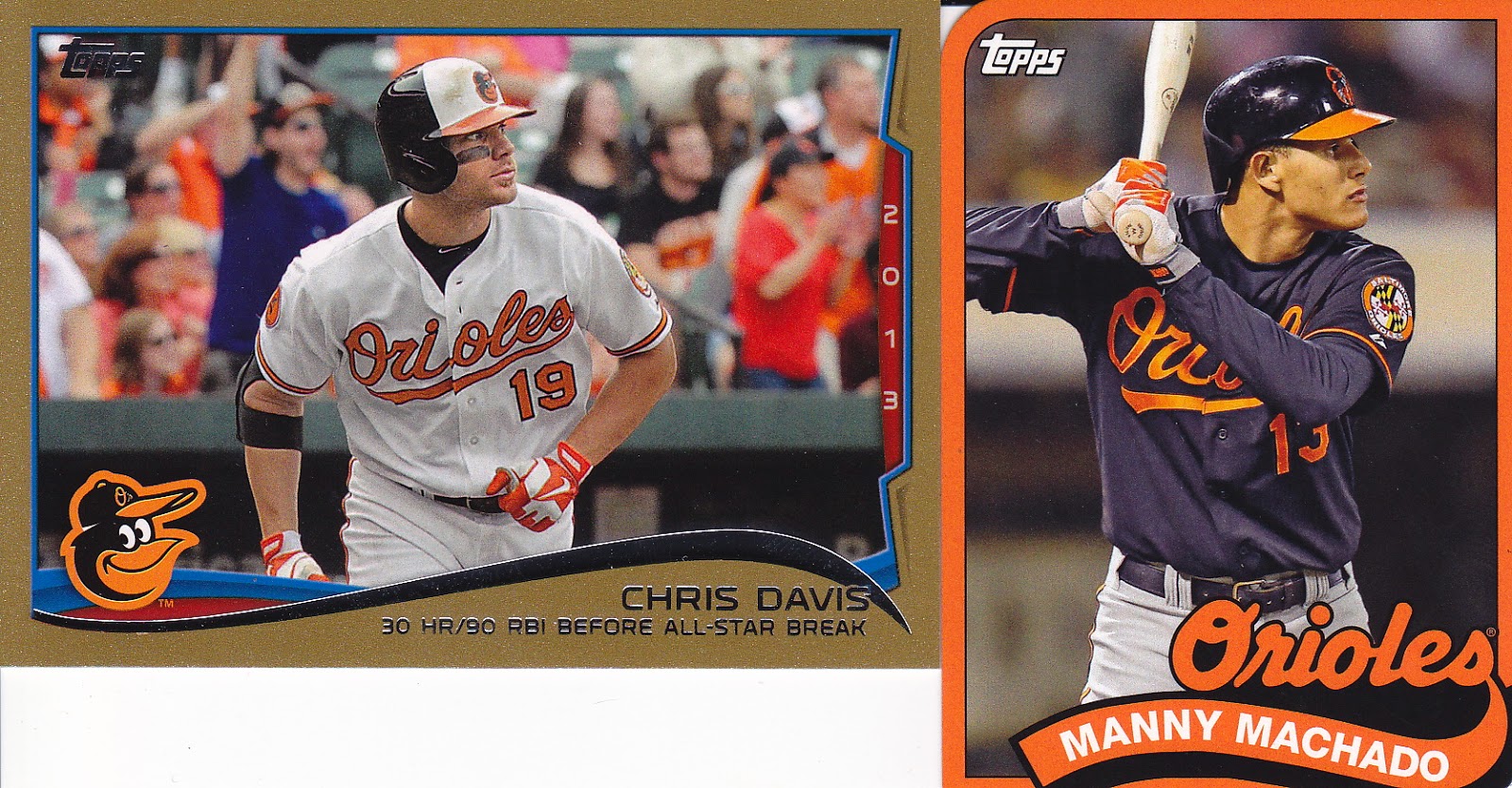 This pair of 2014 Topps cards goes into the team set binder for this year.  I haven't been keeping up with the new releases this year as much this year but I think I'll be able to get back into it full force over the next few months. 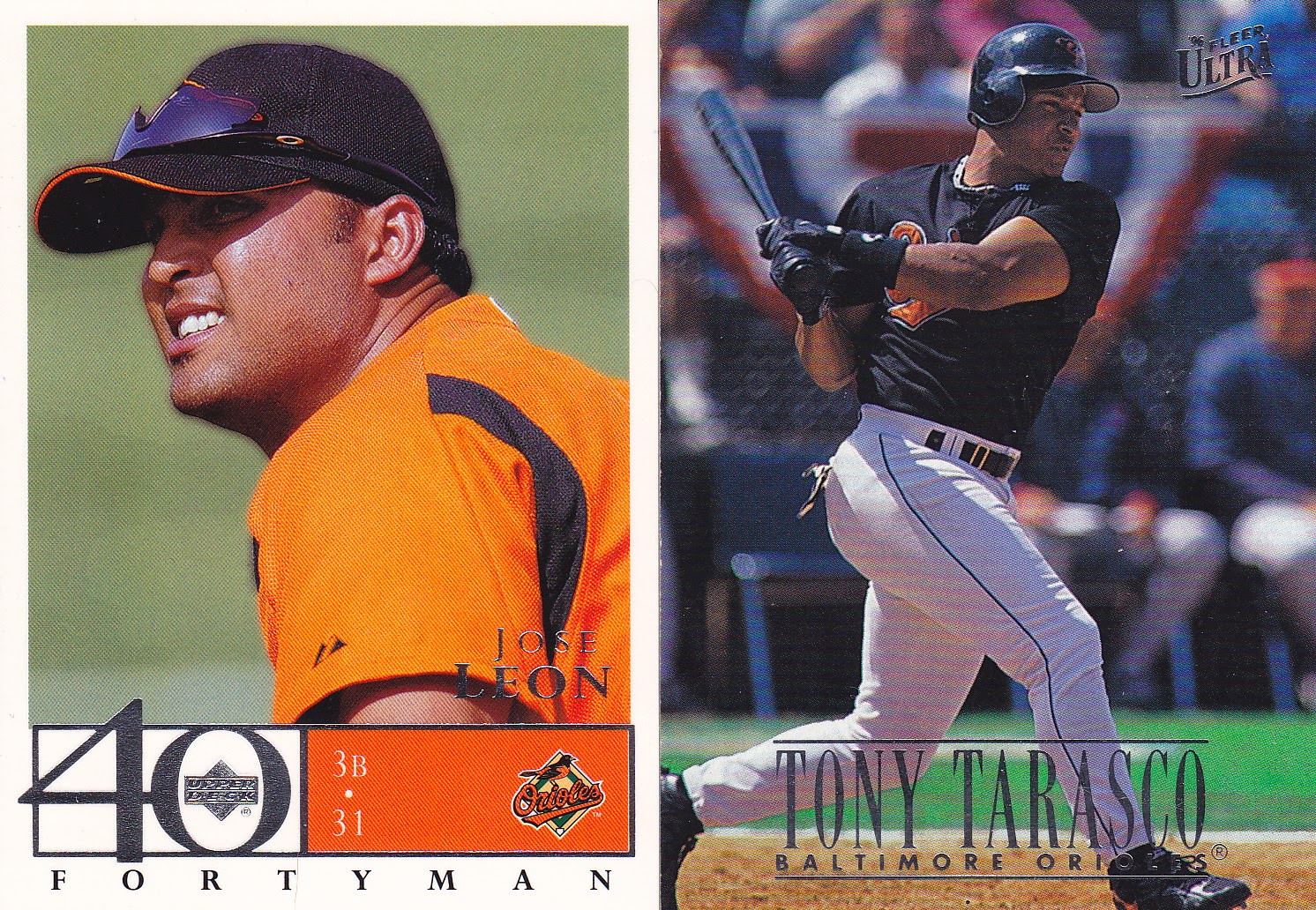 I was very happy to see these 2 cards in the package.  They are going as upgrades in my "One Card of Every Oriole" binder.  There aren't bunches of cards of these guys in Orioles duds so tracking down cards of these guys wasn't as easy as you'd think! 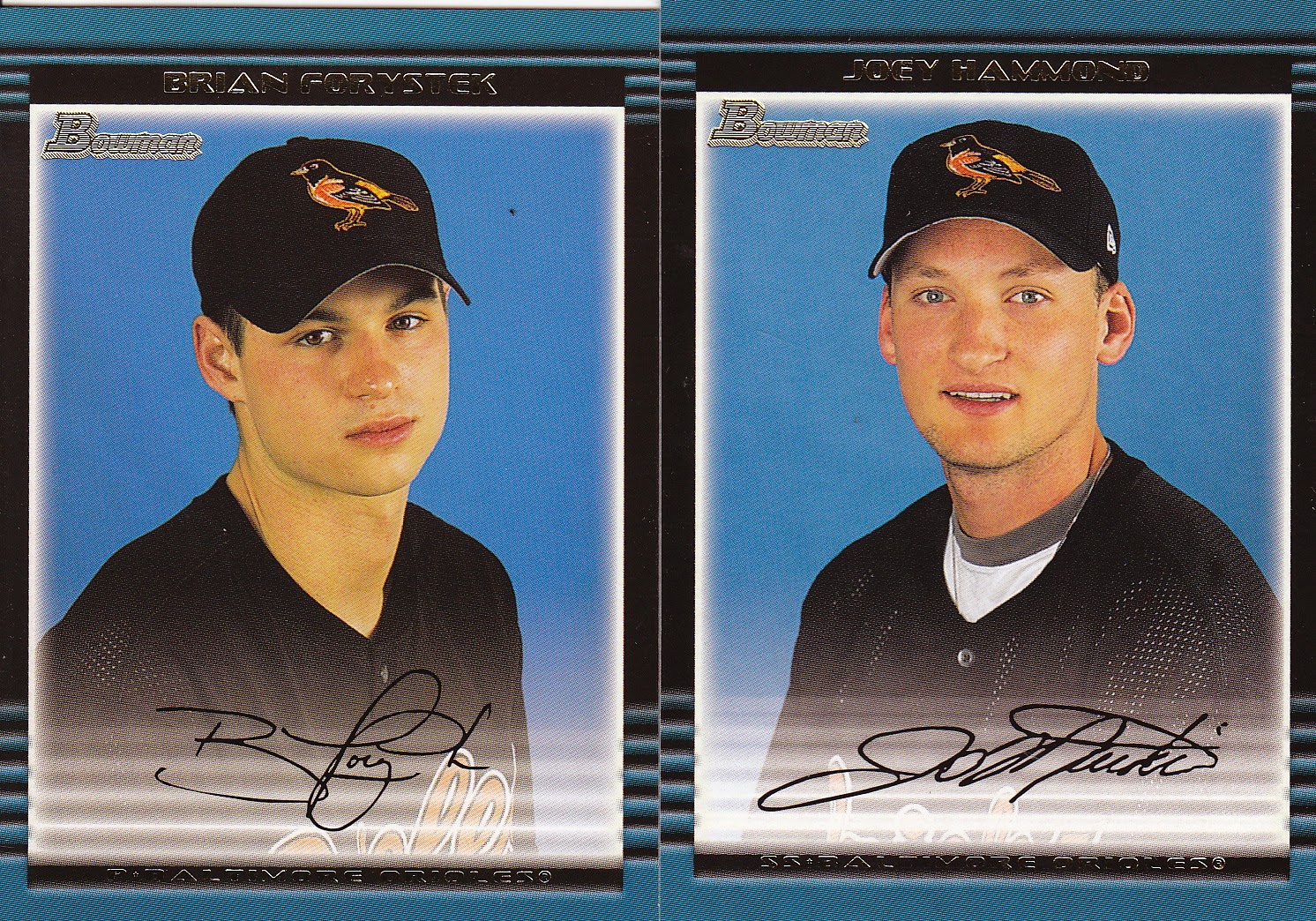 These 2 Orioles farmhands from 2002 Bowman have the unfortunate pleasure of being added to my "Failed Orioles Prospects" mini-collection.  Not a knock on these guys but they just never were able to put it all together and make it to the majors.  Teams draft roughly 50 players each year and usually only 4 or 5 make it all the way to the big leagues. 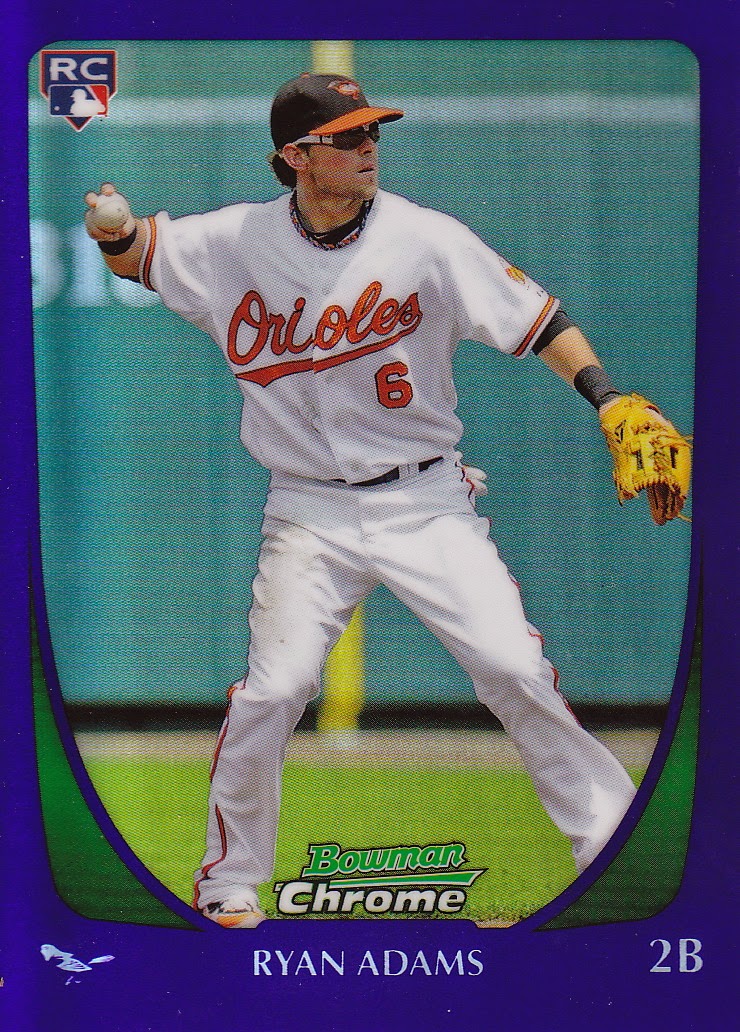 Speaking of failed prospects, this guy totally fell of the face of the earth a few years back.  He had a pretty decent debut with the parent club, was sent down to the minors again and hasn't really been heard from since.  I think he got suspended for either PEDs or something and that's why the O's cut bait with him.  With Jonathan Schoop at 2nd Base now, Ryan Adams has become a faint memory with most O's fans. 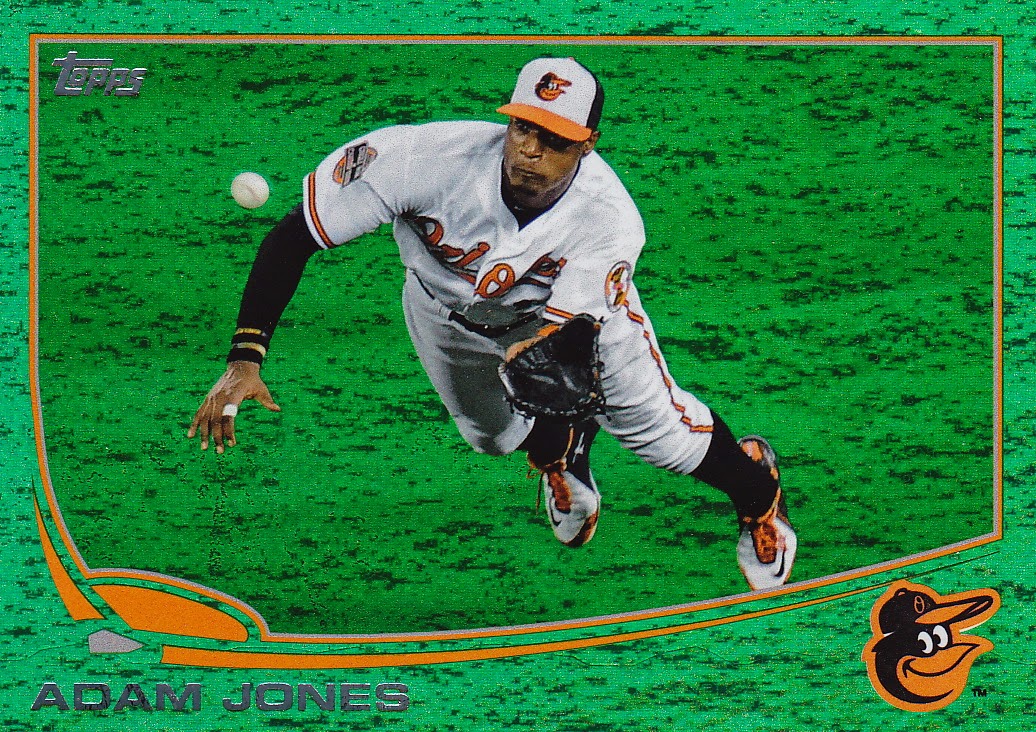 Here's a Scope-fractor of a guy who's always in the front of most Orioles fan's minds. I guess this is an appropriate card to show him making a great catch when he just took home another Gold Glove this past week.

Thanks a bunch for the cards Tom and I'm glad I could help you with your set!
Posted by Ryan H at 9:59 PM