Trade with Robert of $30 a Week Habit

This was a quick and easy trade between one of the newer guys in the blog-o-sphere, Robert from $30 a Week Habit.  He contacted me and said he had some cards I needed for 2 of the sets I'm building right now, 2011 Topps Update and 2009 Upper Deck O-Pee-Chee.  I'm always looking for help so I was happy to send Robert some cards for his trouble.  Since there isn't too much I can say about set fillers, I picked 2 of the more interesting photos I could find. 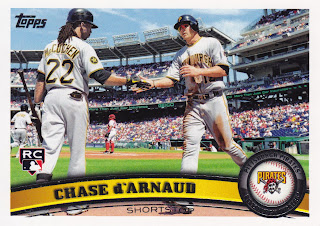 I really like the panoramic shot on this card.  It shows of Nationals Stadium which I have yet to visit.  That's shameful because its the closest MLB stadium to me.  But I guess I have good reason since I am an O's fan! 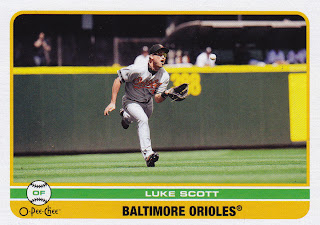 Here's a card of Luke Scott fielding.   I just like this card because you don't see a ton of pictures anymore from this point of view on the field.  A lot has been said about how bad he is playing defense but I haven't seen him embarrass himself out there yet.   I would say he's just average out there. 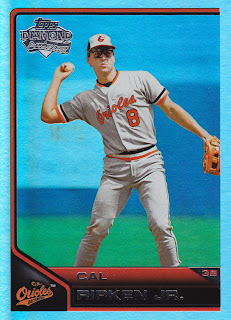 Robert also "threw" in this Cal Ripken refractor from Lineage.  The refractory finish really makes the card stand out instead of the blah white border base set equivalent.  I owe you one for this card Robert!

Thanks a lot for the trade, Robert.  Keep on blogging!
Posted by Ryan H at 5:29 PM