After kind of a crappy day at work I was finally able to get out of there and make it home.  When I got home my wife was waiting there with a birthday gift for me.  She bought me a hobby box of 2011 Bowman Chrome!  What a great gift since I'm working on the set.  Since I have a hard time leaving cards in their packs, I ripped everything immediately!  Here's the two highlight cards of the Chrome box: 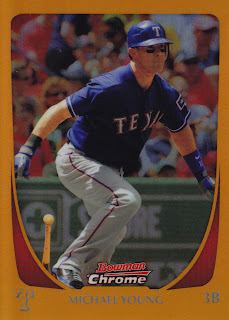 This is not a gold refractor, its an Orange numbered 5/25.  I'm not sure if that is his jersey number or not but its still a sweet card. 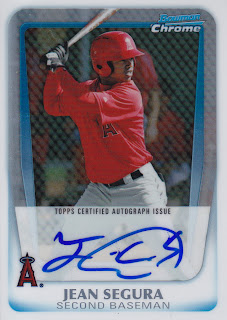 It's like Deja Vu because I already got this card out of my box of Chrome that I bought.  But there is one difference!  This card is the refractor version of the autograph.  I really hope Jean turns out as a major league player because I now have 2 of his chrome autos. 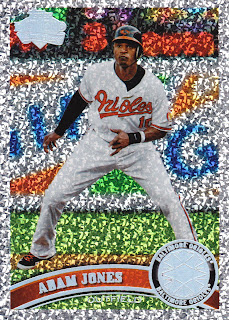 Apparently my wife's pack picking mojo came from her mama!