My last 2 Affordable Group Breaks have been a success in my eyes so I'm going to do another break for December.  I had a lot of fun ripping the packs and I believe everybody enjoyed the cards that they recieved.  I hope everybody likes the selections for this month: 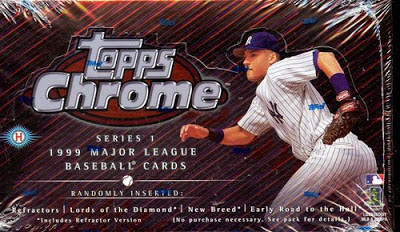 This is the hobby version with 24 packs of 4 cards.  There's lots to like about Topps Chrome from any year.  There's always refractors which are seeded 1in 12 packs for this release.  We also have Early Road to the Hall (1:12), Lords of the Diamond (1:8), and New Breed (1:24).  Each of the 3 insert sets have refractor parallels of their own that we might get lucky enough to find. 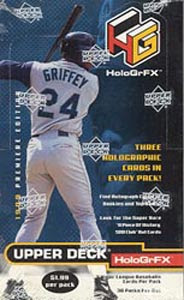 This was a retail only product that has 36 packs and 3 cards in each one.  I'm excited about this product because of the really cool inserts and base set design.  There's a gold AUsome parallel (1:8) that we should find at least 4 inside.  We also have Launchers (1:4), Starview (1:16), Future Fame (1:32).  Also each of those 3 inserts have and AUsome parallel too that we might get lucky and hit.  This box also might produce bat cards or autographs!  There are UD Authentics (1:431) in which the notable autograph cards are Chipper Jones, Carlos Beltran, and Ken Griffey Jr.  We also have a shot at  500 HR Club A Piece of History bat cards of Willie McCovey and Eddie Mathews. 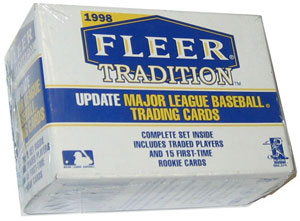 I won this set on Ebay really cheap because I was just interested in the Orioles cards.  I have no use for the rest of the set so I'm going to break it up and send them out by team.  There's 100 cards in the set with notable rookie cards of JD Drew and Troy Glaus.  You can see the set checklist right here. 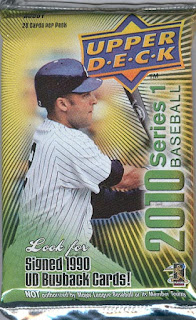 I got these for free while ordering the other boxes above.  You never know what we may find!


There's going to be 15 slots.  8 dollars gets you one team of your choice and a team to be randomly selected from the remaining unchosen teams. 14 dollars gets you 2 chosen teams and 2 randoms.  If you want more than 2 let me know, we can work something out. I'm not going to discourage international collectors, I just may ask for just a couple dollars more for shipping.

In the event we get cards with multiple teams on them, they will be randomed off as fair as possible among the participants.

15 Team have been chosen so claiming is closed.


Paypal is my preferred method of payment but I will except other methods as well.  Please contact me if you are paying a different way.  Please send your Paypal payments as a gift to family or friends to XXXryanhughes12XXX@XXXyahoo.comXXX . (Don't forget to remove the XXX's)

After claiming your team(s) and you pay, please send me an email (same as paypal address) with your name and address along with the team(s) you've claimed.  The sooner we get this filled up the quicker we can get to busting these boxes!
Posted by Ryan H at 8:00 PM