The 15 slots in the upcoming break were claimed by 11 different people. Let's figure out who the unclaimed teams are going to.

I will randomize the list of teams that didn't get chosen along with the group breakers 3 times each and then match them up. 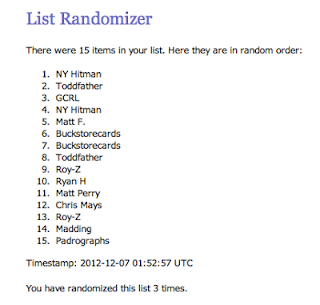 And the unclaimed teams randomized 3 times: 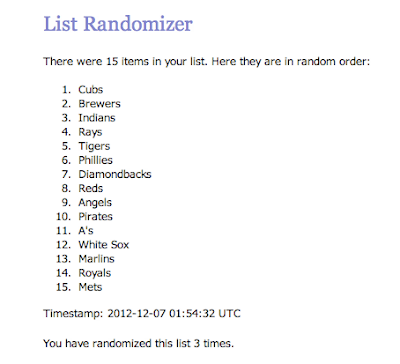 
I will permit team trading. All trades must be completed before the 1st group of packs is busted. Most likely this will be on Saturday after dinner time. I must receive an email from both of the team trading parties or comments from both parties consenting to a trade in this post only.
Posted by Ryan H at 9:10 PM