I doubt anybody really cares about 2012 Topps Series 2 at this point in the year.  Updates is right around the corner, and A&G, Finest, and Chrome is already out.  I actually bought this box at the National at the bargain basement price of 38 bucks.  I've noticed over the last few years that series 2 goes down in price over the summer so I didn't preorder like I used to.  I was thinking I'd find the box for about 45 bucks and was shocked to find a vendor selling the hobby boxes for 38 clams.  Hobby box for less than the cost of 2 blasters?  Yes Please!
I'm not going to bore you with base cards because I'm almost 100% certain that all 330 cards have been scanned and posted across the blogosphere.  Only the hit and new inserts from series 2: 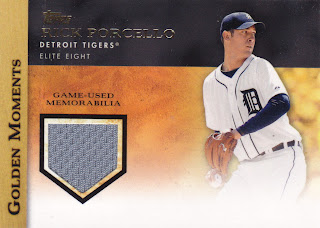 Here's my one hit of the box and it came in the first pack.  Talk about taking the drama out of the rest of the packs!  Porcello seems to be a middlin' kinda hit but it is Flagship, not Triple Threads!  I'm sure Dhoff might be interested in this one. 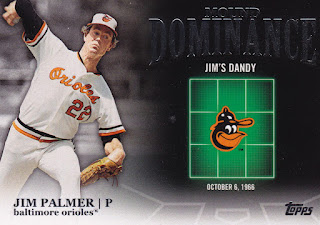 Mound Dominance makes its debut in series 2 and I guess these are just OK.  Good to see Topps is still making inserts out of relic cards. I guess they are just keeping up with the continuity of series 1.  I was happy to get Jim Palmer's card from the set so I have one less card to chase! 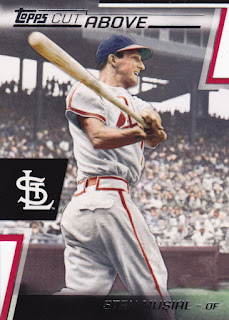 Topps has brought back the Diecut cards this year and I'm pretty happy about it.  They just add an extra angle (pun intended) and level of interest in the card for me.  I chose to show Stan the Man because he was such an awesome player that doesn't seem to get the hype of some of the other players of his era.  Why is that? 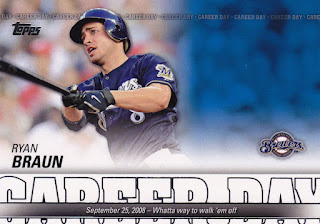 I did get several damaged cards in my box but I think that is a self inflicted wound.  I carried the box in my back pack for about half the day at the National.  They may have gotten damaged just by me picking up and putting down my bag all afternoon.  Even so, base cards of Joakim Soria, Juan Uribe, Jacob Turner,  and a Golden Futures insert of Chris Sale shouldn't be too hard to replace.

So, I'm glad I was able to get this box on the cheap and to fill out a lot of my set.  Including the couple of retail packs I bought, I only need a handful of cards to complete it.  Flagship is always a fun break so I'm now looking forward to Updates to release in a couple weeks.

Here's my wantlist of cards I need to complete the set:

Here's the list of Trade Bait I have available for cards from my extensive wantlists: