Here's another trade that was started by me when I offered up some A&G minis as tradebait a few weeks ago.  Adam from the soon to be relatively world famous ARPSmith's Sportscard Obession requested a bunch of the Giants minis from the lot and in turn he sent me a bunch of cards from my 2012 Allen and Ginter wantlist along with a couple of standout cards. Here's the highlights: 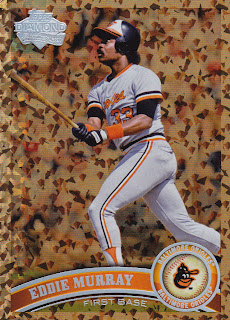 Any Eddie Murray card that I recieve in a trade is a good one especially if I didn't have it before.  I like this card because of the picture of Eddie as he just smashed a ball towards the gap or beyond. 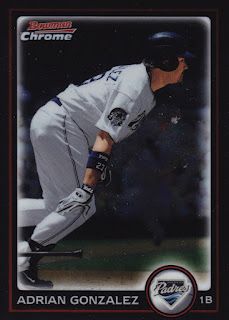 Also a surprise in the package were several of the 2012 Panini triple play cards.  The jury is still out on these for me.  I understand the need for kid friendly cards in the industry and this product definitely fills that need.  I'm not too big on unlicensed cards but these seem to work well because of the cartoony look.

Thanks Adam for the nice package of cards you sent!
Posted by Ryan H at 5:17 PM