UPDATE: ALL SLOTS ARE FILLED!!!

I think since everybody enjoyed the October break so much, I've decided to hold another group break for the month of November.  I had a lot of fun busting the packs and posting the results too.  It's a lot of work but also very rewarding.  So without further babbling, Here's the products that were going to break this month: 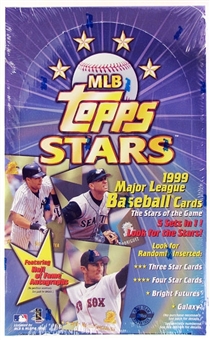 There's a lot of cards to get excited about here.  Yeah the checklist is somewhat confusing, but the late 90's were like that for baseball cards.  Inserts are a tough pull but there are plenty of serial numbered goodness to be had here.  There's also a remote chance that we could pull and autographed rookie reprint card of Ernie Banks, Yogi Berra, Bob Gibson, Frank Robinson, or Tom Seaver.  Those are some heavy hitters (and good pitchers!).  Maybe we'll get lucky!

There's not a whole bunch of inserts in this box but there are gold parallels that are 1:2 pack pulls.  There's 360 cards in this box so everyone should get a nice pile of cards from their team of choice. 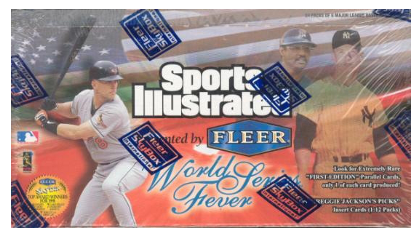 This is another exciting box.  I remember opening a few blasters of this set back when it was on store shelves.  I've been a fan of this set for it's interesting insert sets and great photography.  I remember pulling a Magglio Ordonez rookie card that was the Extra Edition parallel.  As a 14 year old kid at the time, I felt like I had won the lottery!

So, 3 really nice boxes of cards to open.  I hope to start busting and posting the results on November 1st as everyone is coming down from their sugar highs of Halloween.


There's going to be 15 slots.  8 dollars gets you one team of your choice and a team to be randomly selected from the remaining unchosen teams. 14 dollars gets you 2 chosen teams and 2 randoms.  If you want more than 2 let me know, we can work something out. I'm not going to discourage international collectors, I just may ask for just a couple dollars more for shipping.

In the event we get cards with multiple teams on them, they will be randomed off as fair as possible among the participants.

Paypal is my preferred method of payment but I will except other methods as well.  Please contact me if you are paying a different way.  Please send your Paypal payments as a gift to family or friends to XXXryanhughes12XXX@XXXyahoo.comXXX . (Don't forget to remove the XXX's)

After claiming your team(s) and you pay, please send me an email (same as paypal address) with your name and address along with the team(s) you've claimed.  The sooner we get this filled up the quicker we can get to busting these boxes!
Posted by Ryan H at 8:00 PM