Trade with Joe of The Sandlot

Since the offseason is upon most of us, I think there's going to be a lot more time for me to trade some cards around the blogosphere.  Joe from the Sandlot emailed me a little while back offering me a bunch of cards from my wantlist.  I couldn't resist and all he asked for was some Mets cards.  Here's a few of my favorites from the trade: 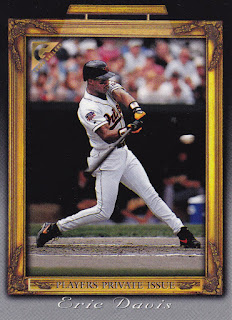 Eric Davis is one of my player collections that I recently started paying more attention to.  I really liked him as an Oriole and his bout with cancer while he was in Baltimore is truly inspirational.  How many people do you know that have had chemo one day and hit a home run in the ALDS the next day?  2 Eric Davis and Raul Ibanez! 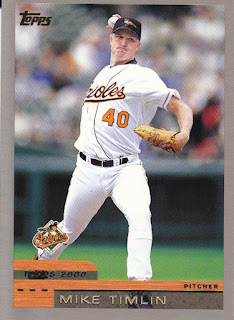 I read the back of this card of Mike Timlin and it said he had a great second half of 1999.  All I seem to remember of him is the gas can that he normally brought to the mound during his pitching appearances. 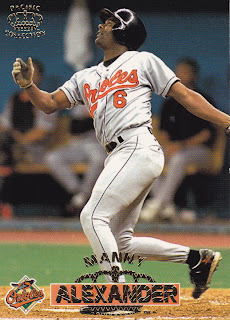 I barely remember Manny Alexander.  He was a crappy player and is partly responsible for the steriods probe of the early 2000's.  I read it on the Mitchell Report.  I haven't finished reading the whole thing but it has given me a little more clarity on the whole issue.

Thanks for the great cards Joe!
Posted by Ryan H at 1:58 PM