So we've arrived at the last round of packs.  We'll get to those in a second but one last word for our sponsor.  Thanks to Baseball Card Exchange for sponsoring my break.  Check them out if you haven't done so yet. 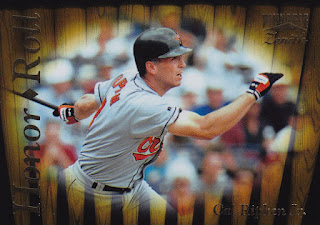 That was a really solid pack to finish up the Zenith box.  We got an extra Mozaics insert which I'm pretty happy about. 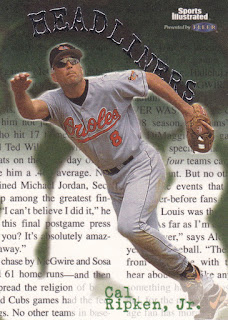 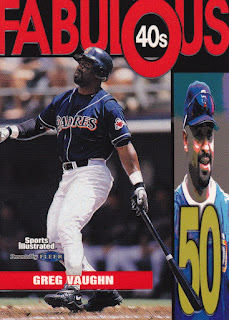 I'm glad to see that we pulled another one of these inserts and that the Padres get a sweet insert card!

That does it for the SI box.  The Fabulous 40's inserts overproduced for this box which I'm pretty happy about.  I enjoyed this box!  There's a nice stack of cards that will be randomed off that have multiple players on them along with the Rays and Diamondbacks cards. 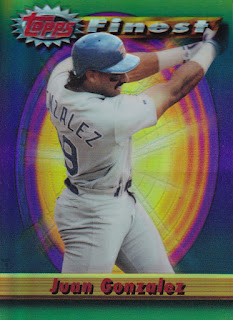 211 Juan Gonzalez Refractor - Rangers
We've landed a 3rd refractor from the box!  All 3 are big name players (at the time) so you can't beat that!
21 Kevin Tapani - Twins 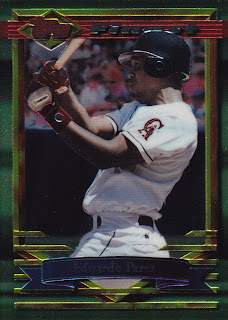 Well that does it for the break.  I really hope everyone enjoyed it.  If you have any feedback on the break, I'd love to hear constructive criticism. I hope to have another break in November so keep it tuned here to the blog for an announcement later this month.

I hope to have Everybody's package was mailed within the next few business days. Columbus Day on Monday will prevent me from sending some until Tuesday since all the PO's will be closed in observance.   Let me know when you get yours and I hope you enjoy the cards that were pulled!