Long before I left to go on our honeymoon, Steve from White Sox Cards and I agreed on a nice trade.  I sent him a bunch of White Sox cards and he sent me a nice package of Orioles I had on my wantlists in return.  Here's a few that I especially liked: 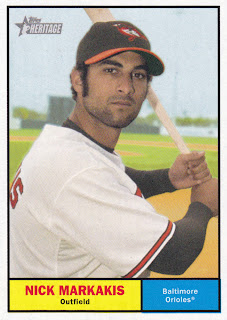 I like the intense look that Nick has on his face.  It's hard to believe that I didn't have this card in my Markakis binder. 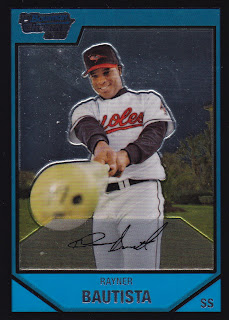 Bowman Chrome really seems to stiff the Orioles when it comes to the prospects set.  Rayner here was never a hot prospect for the O's nor was he highly touted. 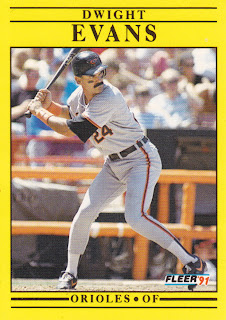 A few weeks ago I was watching Orioles Classics on MASN and they were showing the final game played at Memorial Stadium.  I had almost forgotten that Dwight Evans played for the O's in 1991 until he came up to bat.  It must have been strange for him to play his entire career for the Red Sox and then switch teams for one year.

Thanks Steve for the nice package of cards you sent along!
Posted by Ryan H at 5:14 PM