Chipper Jones has been a minor PC for me and when I see his cards going for basically peanuts (10 cents) I put them in my pile and then add them to my binder pages.  Since I'm feeling Chipper this morning, I'm going to show off just 10 of the best out of the 25 or so that I bought. 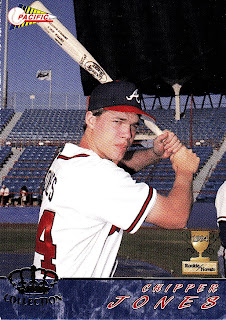 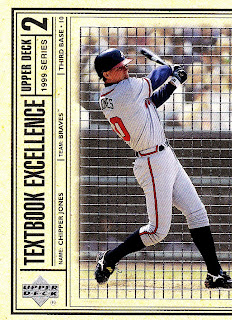 Textbook Excellence is a good description of Chipper. 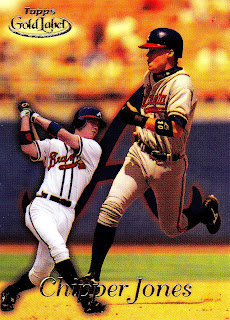 Another shiny card that attracted my attention in the dime boxes. 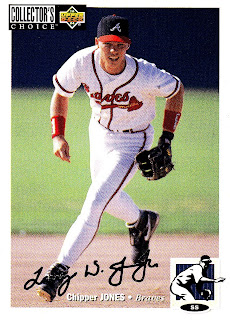 Looks like just a reguar old Collectors Choice card but this one has the Silver Signature. Larry Wayne Jones Jr. 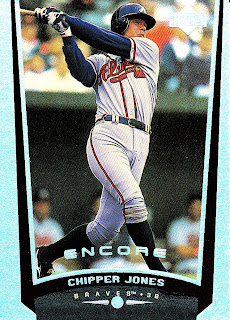 It doesn't look that way in the scan but this one does have a refractor-ish sheen to it. 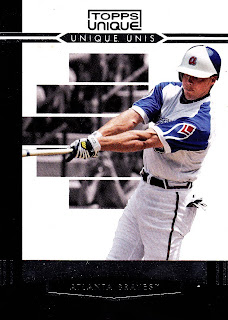 This was a pretty cool insert from 2009's Topps Unique.  I think it showed players all in retro uniforms. 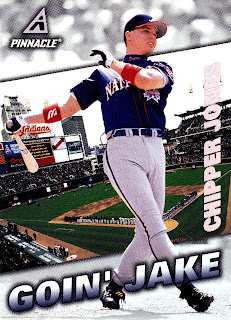 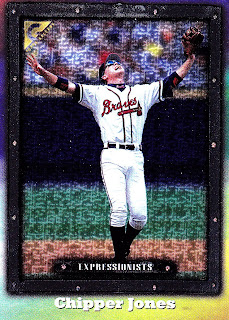 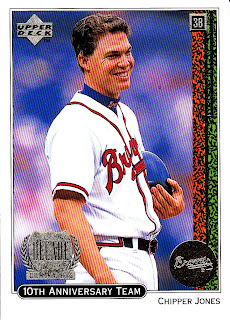 I'm somewhat surprised to see Chopper made the 10th anniversary team for 1999 Upper Deck.  He was only in the Majors for 3 or 4 seasons when this card came out. 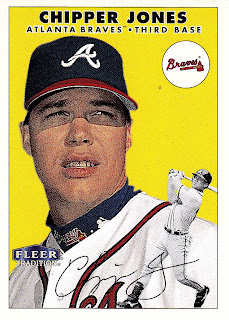 I think Fleer Tradition from the early 2000s was pretty cool.  I liked the vintage inspired designs but I wish that they had just a regular "Fleer" set for those years.
Posted by Ryan H at 10:00 AM