I didn't neglect my other Orioles needs at the show either.  I'm going to show off a bunch that I pulled from dime boxes.  Once again each card posted here was a dime! 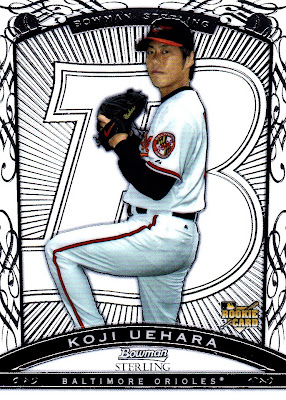 I nice Koji rookie card from Bowman Sterling.  FOR A DIME!  I really miss this guy pitching for us though the return we got in trade for him has definitely been worth it. 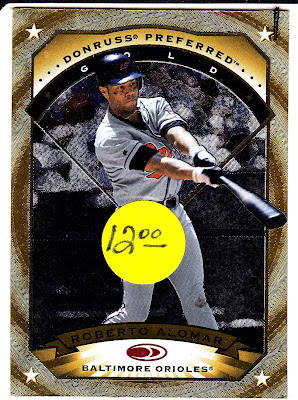 I left the penny sleeve on this one to show you how much this card sold for in 1998.  Now it's just a dime box card that will live in my Roberto Alomar PC 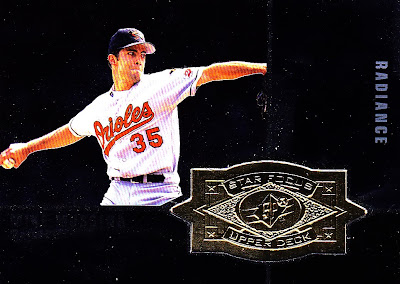 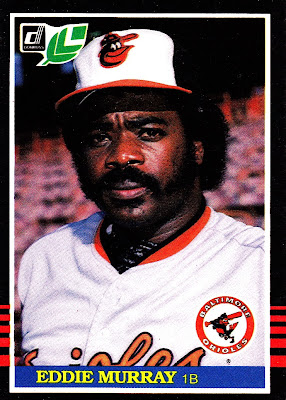 I've seen the Donruss version of this card a ton of times before but never the Leaf.  Eddie's stare on this card basically said "Take me home with you or else".  I did out of fear of the repercussions.   BTW, the Leaf logo looks more like a feather to me. 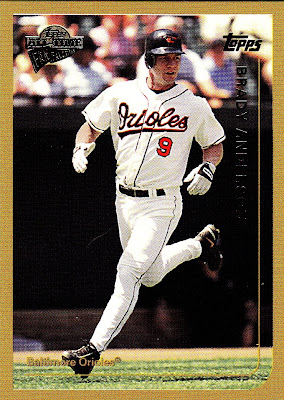 Last but not least a Brady Anderson I hadn't gotten before.  It's an all-time favorite from the Topps Archives in the 1999 Topps design.  I like 1999 Topps because of the minimalist design they used.  If they would have used team logos instead of just the name, I think it would have had a little more mass appeal.
Posted by Ryan H at 4:00 PM